PM Modi's target on Congress, said- terrorism was at its peak in the country

Gujarat Elections 2022: Prime Minister Narendra Modi, while addressing an election meeting in Kheda, Gujarat, attacked the Congress fiercely. PM Modi said that terrorism was at its peak during the Congress rule. 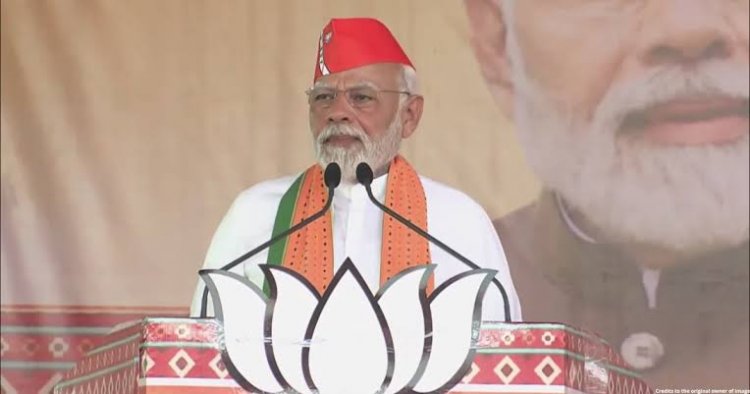 All the parties are campaigning vigorously for the first phase of the Gujarat Assembly voting. In this series, Prime Minister Narendra Modi addressed an election meeting in Kheda, Gujarat on Sunday. During this, PM Modi while attacking the Congress said that terrorism was at its peak during his rule. He said that Gujarat has also been a target of terrorism for a long time. But there has been improved after the BJP government came. PM Modi said that in 2014, your one vote had taken a big initiative to eliminate terrorism from the country. He said that the youth of the state till the age of 25 have never seen how curfew is.

Addressing the public, the Prime Minister said that the people of Gujarat were killed in the blasts in Surat and Ahmedabad. Congress was at the center then, we asked them to target terrorism but instead, they targeted me. Terrorism was at its peak in the country during the Congress regime.

Addressing the public meeting, PM Modi said that in 2014, one vote had taken a big initiative to eliminate terrorism from the country. This made a huge difference. Leave alone the cities of the country, now terrorists have to think a lot before attacking our borders, but Congress questions our surgical strikes.

PM Modi has also targeted the Aam Aadmi Party. The Prime Minister said that like the Congress, AAP is also indulging in vote bank politics. He said that till the vote bank politics is not eradicated, the spectre of terrorism will remain. Attacking AAP, the PM said that all parties are using appeasement politics as a shortcut to power.

PM Modi said that we caught terrorists in Gujarat but the then Congress government of Delhi was saving terrorists for vote bank politics. During the Batla House encounter, Congress leaders wept in support of the terrorists. Terrorism is also a vote bank for Congress. Now not only Congress, but many such parties have also emerged, who believe in shortcut and appeasement politics.

The PM said why do doctors or engineers need English? Why can't they study in their mother tongue? In the last few years, a lot of improvement is being seen in the field of education. The central government is helping them in every way for the public. Free food grains were given during the pandemic. 3 lakh crore rupees were spent on this scheme.

Scientists told many viruses sleeping in the snow for 48,500 years