Rashmika used to cry bitterly by locking herself in the room, narrated this story of her childhood!

Rashmika Mandanna gave an interview in which she shared a scary story of her childhood with the media. 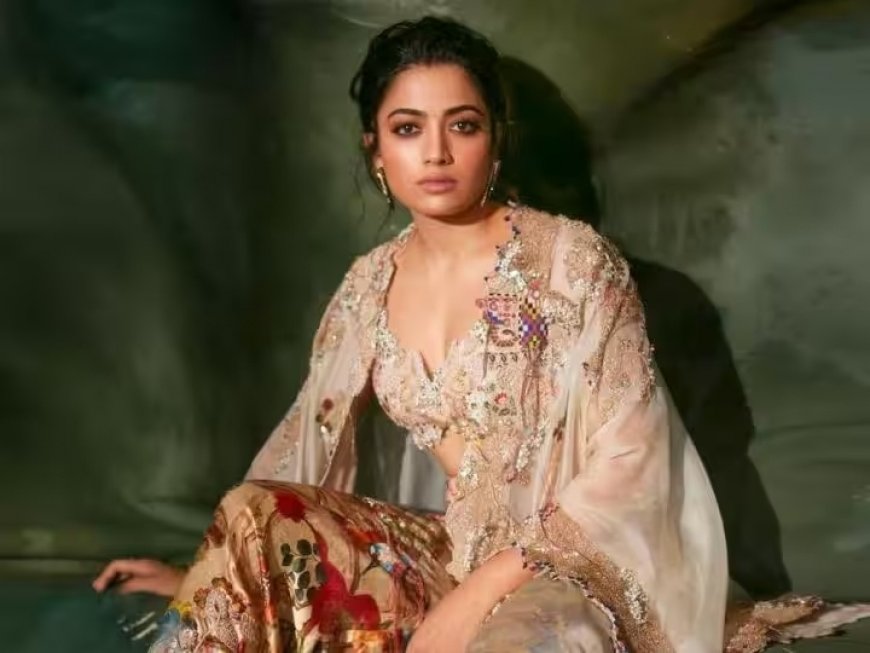 Actress Rashmika Mandanna, who has spread her cuteness in South Industry, is now collecting her coin in Bollywood. The actress's film 'Mission Majnu' has been released. In this, actor Sidharth Malhotra is in the lead role along with the actress. This film has been released on the OTT platform. The movie is getting a lot of love from the public. Rashmika's acting is being praised a lot. With this, recently Rashmika gave an interview in which she shared a scary story of her childhood with the media.

During the interview, Rashmika told that in her childhood she used to lock herself in a room and cry for hours. Actually, he had to spend a lot of his childhood in the hostel. He told that he had to face many problems due to staying in the hostel away from home. She could not communicate her point properly and used to get stuck in the problem.

In his childhood, he did not know how to express his words properly and often people used to misinterpret his words. For this reason, she used to lock herself in the room and cry. But even in such times his mother always supported him. Mandana considers her mother as her biggest strength. Perhaps this is the reason that she was able to emerge from her problem. Talking about the work front of the actress, Rashmika will soon be seen in the film 'Pushpa 2' with Allu Arjun and 'Animal' with Ranbir Kapoor.

Randeep Hooda goes beyond all limits to bring the chara...

Kapil Sharma's Dream Came True, And Is Going To Be Pair...

Karan Johar Got Heavy For Making Fun Of Nayantara, Gett...

“I’m honoured to play the character of a courageous...

Currently Rubeena is living in Mumbai where she is able...

Ranbir-Alia seen in Somnath's shelter after 'No Entry' ...