Ruckus on the stage of Assam CM Himanta Biswa Sarma, trying to break the mike in front of the leaders, chaos ensued

Assam CM Himanta Biswa Sarma: A case of a major lapse in the security of Assam Chief Minister Himanta Biswa Sarma who arrived in Hyderabad has come to light. In Hyderabad, a man started confronting the Assam CM on the stage. However, later other leaders present there removed him from there. 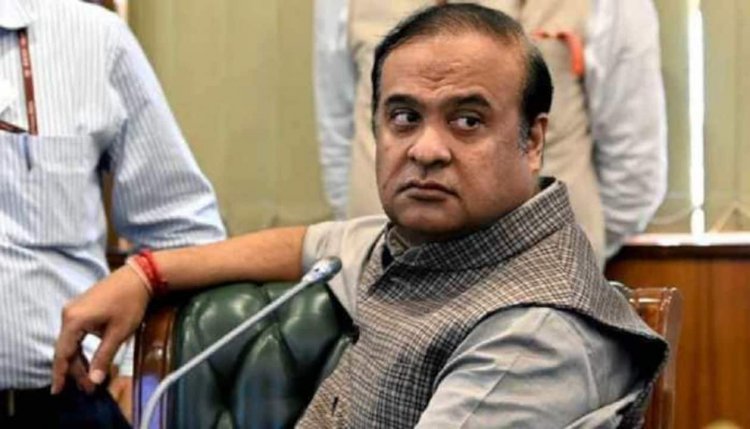 A major case of a lapse in the security of Bharatiya Janata Party's fire brigade leader and Assam Chief Minister Himanta Biswa Sarma has come to light from Hyderabad, the capital of Telangana. A man clashed with Himanta Biswa Sarma on stage in Hyderabad. At the time when Himanta and several leaders were sitting on the stage, a man came from behind and suddenly started trying to break the mike. The video of this incident has also surfaced. In which a person is seen fighting with the Assam CM.

A news agency shared the video on Twitter. In it is seen that a man tried to confront Assam CM Himanta Biswa Sarma by breaking the mic installed on the stage at Himanta Biswa Sarma's rally. However, the leaders present on the stage pulled him back. There was a situation of chaos there for a while due to this incident. However, later other leaders present on the stage pulled down the person who tried to confront Himanta.

It may be mentioned that Himanta Biswa Sarma openly expresses his opinion on Assam as well as national issues. Himanta had recently got bulldozers fired at several madrassas promoting terrorism. Assam Chief Minister Himanta Biswa Sarma, who reached Hyderabad here, targeted Telangana CM KCR fiercely. Himanta Biswa Sarma said that KCR speaks of BJP-free India. There is a difference between them and us. He wants to finish the BJP. We want to eliminate family politics from the Indian political system.

Assam Chief Minister Himanta Biswa Sarma, who reached Hyderabad, also visited the Mahalaxmi temple in Hyderabad today. He said during this, "The government should be only for the country and the people. The government should never be for the family... There is liberalism and fundamentalism in the country and there is always polarization between these two in the country." At present, the Hyderabad Police is interrogating the person who clashed with Himmat Biswa Sarma.

Election for the post of Congress President will be held...

Israeli company made water making machine from air, will...