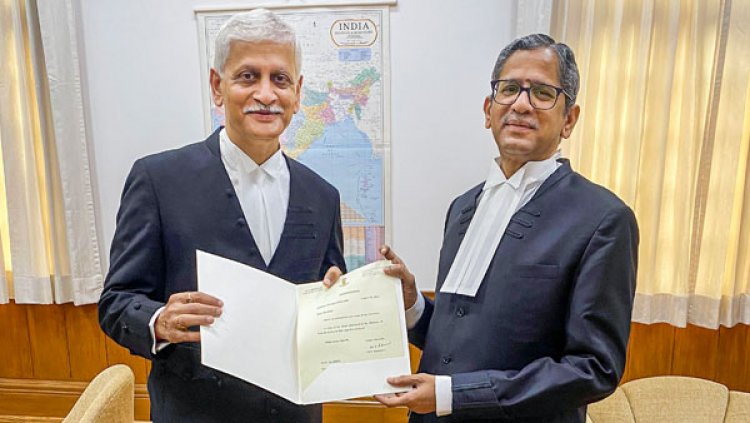 Justice Uday Umesh Lalit will be the next Chief Justice of the country. His name was formally announced on Wednesday as the CJI. The country will get the 49th CJI in the form of Lalit. President Draupadi Murmu has also approved her appointment. In fact, recently Chief Justice NV Ramanna recommended the name of Justice Uday Umesh Lalit as his successor. N. V. Ramana is retiring from his post on 26 August. As per the established convention, the then CJI has to recommend the name of the senior-most judge of the Supreme Court as his successor.
Earlier, the Law Minister had written a letter to CJI Ramana asking who is his successor. In response, NV Ramanna recommended the name of UU Lalit. Justice Uday Umesh Lalit comes second in the order of seniority after Justice Ramana.
Justice Uday Umesh Lalit will take oath as the 49th CJI of the country on August 27. However, his tenure will be only 74 days.
As CJI, Justice Lalit will head the collegium, which will include Justice Chandrachud, Justice Kaul, Justice Nazir and Justice Indira Banerjee.
Talking about UU Lalit, he distanced himself from the Ayodhya case on 10 January 2019. The hearing of this Ayodhya case was being done by a five-judge bench, which also included UU Lalit.
He had argued for separation that about 20 years ago he had been a lawyer for former UP CM Kalyan Singh in a criminal case related to the Ayodhya dispute. Therefore, he cannot continue as a judge in this case.
Justice Lalit's term will end on November 8. That is, he will retire as CJI on November 8. After this, Justice Chandrachud will be appointed as the 50th CJI.