Rakesh Tikait, who was going to protest at Jantar Mantar, was arrested by Delhi Police

Rakesh Tikait, national spokesperson of Bharatiya Kisan Union has been detained in Delhi. Rakesh Tikait was on his way to join the dharna of unemployed people at Jantar Mantar. During this time he was taken into custody. 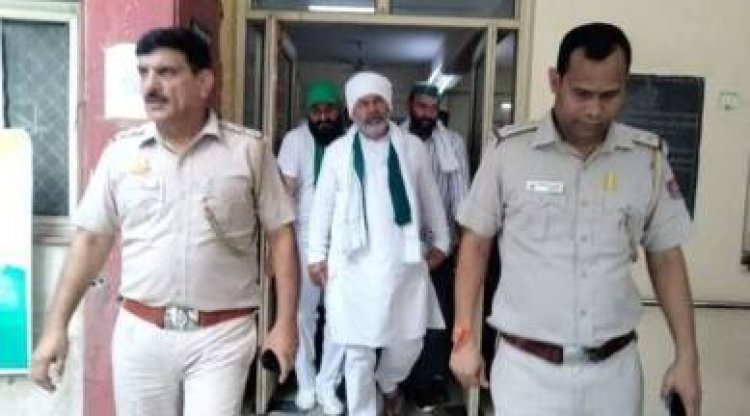 Farmer leader Rakesh Tikait has been taken into custody by Delhi Police at the border. The National Spokesperson of Bharatiya Kisan Union (BKU) coming from Lakhimpur Kheri to Delhi has been arrested at the Ghazipur border. It is known that on 22nd August, farmers want to protest in Delhi, but Delhi Police did not allow them to enter Delhi with their supporters due to security reasons. Rakesh Tikait wanted to sit on the border, but the police took him and his supporters into custody. Rakesh Tikait himself has tweeted this information.

He tweeted, "Delhi Police working at the behest of the government cannot suppress the voice of farmers. This arrest will bring a new revolution. This struggle will continue till the last breath. Na kenge, na tired, na bowenge." After the arrest of Rakesh Tikait, he has been kept in the police station by the police. At the same time, anger spread among BKU workers in western UP. Told that the workers are not being allowed to contact him. Along with Rakesh Tikait, many other workers have also been made to sit in the police station.

It is being told that 10 other workers have been taken to the police station along with Tikait. Rakesh Tikait was protesting with the farmers in Lakhimpur, UP for the last 3 days. On Sunday afternoon, Rakesh Tikait reached Delhi from Lakhimpur. Where he was to release the book in the program. But before that, at around 1.30 pm on Sunday, Delhi Police stopped him from going further and said that he is not allowed to go further. After which he was taken to the police station.

Samantha used to work in food at one time, did not have money for higher educati...

Center's big action regarding lapse in security of NSA ...

Challenge was given to form a committee on Uniform Civi...