'Shinde faction is the real Shiv Sena', Amit Shah targeted Uddhav and made this big allegation

Amit Shah in Mumbai: The ongoing political struggle in Maharashtra is not taking its name to end. Meanwhile, Home Minister Amit Shah is on a tour of Mumbai. Shah has visited the Raja of Lalbagh in Mumbai. After this, he held a meeting with the MPs and MLAs of the party. During this, Shah fiercely targeted Uddhav Thackeray. 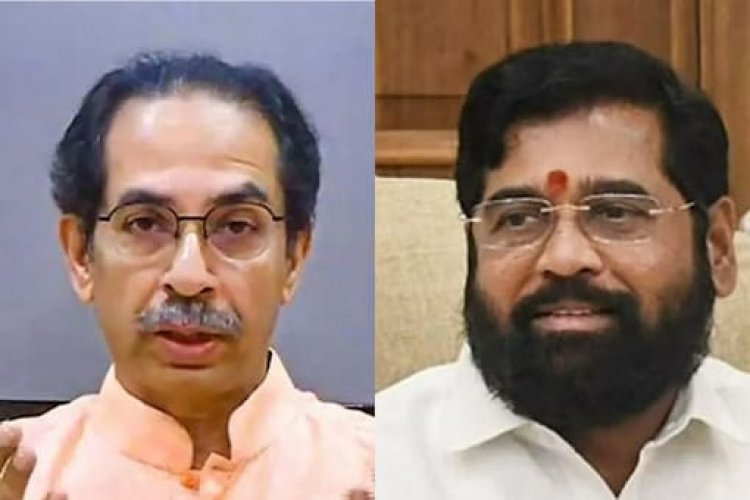 Home Minister Amit Shah is on a tour of Mumbai. He has first seen Lalbaugcha Raja. After this, Shah held a meeting with BJP MPs and MLAs. In this meeting, discussions were held regarding the upcoming BMC elections. In this meeting, Amit Shah targeted Uddhav Thackeray fiercely. At the same time, he has described the Shiv Sena led by Eknath Shinde as the real Shiv Sena.
At the same time, Amit Shah's statement has come at a time when the fight between Eknath Shinde and Uddhav Thackeray is going on in the Election Commission and Supreme Court over the real Shiv Sena. Shah held a meeting with all the MPs, MLAs, MLCs and councillors at the residence of Deputy CM Devendra Fadnavis regarding the BMC elections. During this, Mumbai BJP President Ashish Shelar was also present.
It is reported that in this meeting, Amit Shah again reiterated that he had not promised the post of CM to Uddhav Thackeray. Shah said that the BJP's victory in the BMC elections is sure. The Home Minister also said that the BJP and the original Shiv Sena alliance should aim to win 150 seats in the BMC elections under the guidance of PM Narendra Modi.
Taking a jibe at Uddhav Thackeray, Shah said that he is greedy for power. Those who cheat in politics must be punished. The Home Minister again said that we had never promised Uddhav Thackeray the post of CM. We do not believe in doing politics in closed rooms.

PM Modi will visit Maharashtra and Goa tomorrow, will i...