Terrorism is the biggest crime, Interpol should prepare a plan for the next 50 years- HM Amit Shah 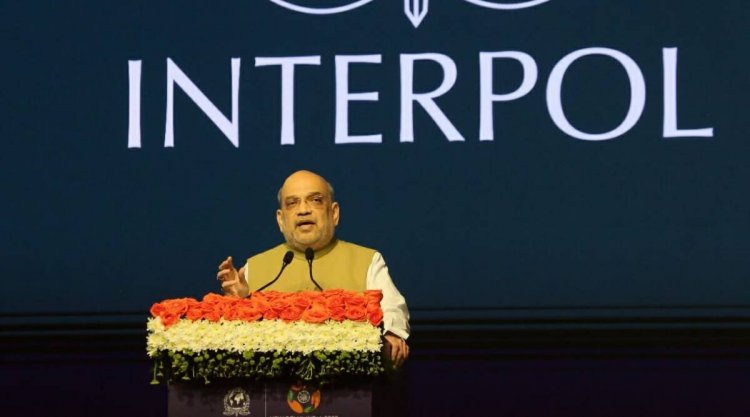 Union Home Minister Amit Shah on Friday addressed the concluding session of the 90th General Assembly of global policing body Interpol at Pragati Maidan in Delhi, in which he held extensive discussions with 164 countries on ways to fight international crimes. Home Minister Amit Shah said that if we want to stop the crimes and criminals of today's era, then we have to think above conventional geographic borders. We all have to agree on the definition of 'terrorism' and 'terrorist'.

Amit Shah said that "Interpol has proved its worth in its journey of 100 years. India is one of the oldest members of Interpol and recognizes its role in international cooperation and multilateralism. He said that towards the Government of India. I appreciate the efforts of Interpol to maintain security, world peace and stability."

Amit Shah said that "In the last eight years, the Government of India has taken several steps to strengthen the police forces. The National University of Forensic Sciences has taken several initiatives to deliver criminal justice like e-courts, and e-forensics among other initiatives taken by the government. the system has been improved.

Home Minister Amit Shah said that the Indian Cyber ​​Crime Coordination Center has also been established to keep an eye on the increasing cybercrime. The data and information revolution has made crimes borderless. To fight the international crime syndicate working on the basis of advanced technologies, other countries also need to come together to fight them.

Amit Shah said it is important to ensure border cooperation to fight cross-border terrorism. Counter-terrorism agencies of all countries should have a real-time information-sharing mechanism. Narco-terror is also a growing challenge, to fight which all countries should cooperate together. At the same time, Interpol should use its 100 years of experience to prepare a plan for the next 50 years to deal with all types of international crimes.

Alert regarding Cyclone Sitrang, winds will blow at a speed of 110 KM / Hr, ther...

PM Modi will inaugurate 'No Money For Terror' conferenc...

Instructions of the Central Government for January 30, ...