Alert regarding Cyclone Sitrang, winds will blow at a speed of 110 KM / Hr, there will be heavy rain in these states

Cyclone Sitrang: In view of the possibility of cyclone 'Sitrang', the Meteorological Department has issued a high alert. Bengal administration is on high alert. During this time there is a possibility of wind speed reaching 100 to 110 kmph. Fishermen have already been forbidden from going to sea. 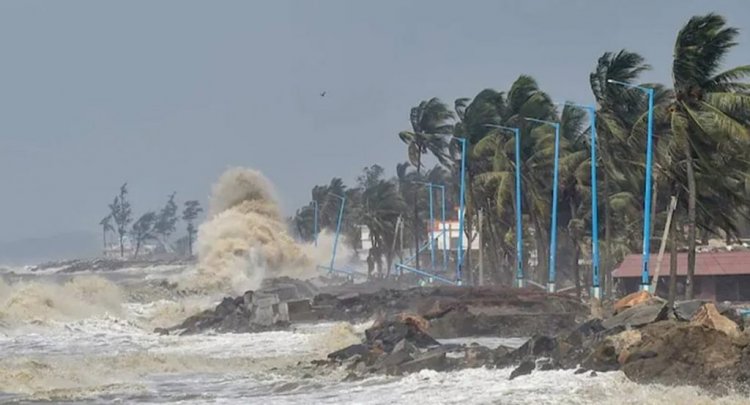 The Indian Meteorological Department has issued an alert regarding Hurricane Sitarang. The depression formed over the Andaman Sea has intensified into a cyclonic storm. Soon this storm is likely to reach the coasts of West Bengal and Bangladesh. Due to this, there is a possibility of heavy rain in Bengal as well as Odisha around Kali Puja-Diwali. According to the Meteorological Department, there is a possibility of wind speed reaching 100 to 110 kmph. Along with this, the Bengal government has started shifting people to safer places in low-lying areas of many districts. At the same time, Odisha has increased vigil in many of its coastal districts. Fishermen have been advised not to venture into the sea from October 23 till further notice.

According to the forecast of the Meteorological Department, scattered heavy rain has been forecast in Odisha on October 24-25. At the same time, heavy rain may occur in West Bengal on October 24-25. On October 26 also, very heavy rain is expected in isolated places. There is also a possibility of rain with strong winds over Nagaland, Manipur, Mizoram and Tripura.

There is a possibility that Cyclone Sitarang can cause havoc. Keeping this in mind, preparations have been started for relief and rescue in the affected states. It has been announced to cancel the leave of police and officers in Kolkata. An official said that the leave of all senior officers of Kolkata Municipal Corporation 'KMC' and Kolkata Police have been cancelled along with these districts.

The RSMC, a group of six meteorological stations and five regional Tropical Cyclone Warning Centers (TCWC), together gave this name to the cyclone. There are 13 member countries in this panel, which issue advisories regarding the cyclone. It includes India, Bangladesh, Iran, Maldives, Myanmar, Oman, Pakistan, Qatar, Saudi Arabia, Sri Lanka, Thailand, United Arab Emirates and Yemen. Thailand has suggested the name of the cyclonic storm, Sitarang.