Noida Twin Tower Demolition: The twin towers located in Noida Sector-93A will be demolished today. Today, at exactly 2.30 pm, at the press of the button, in just 9 seconds, the towers will take the form of rubble like a pack of cards. The police have also completely evacuated the surrounding area. Along with this, a special advisory has been issued for the people. 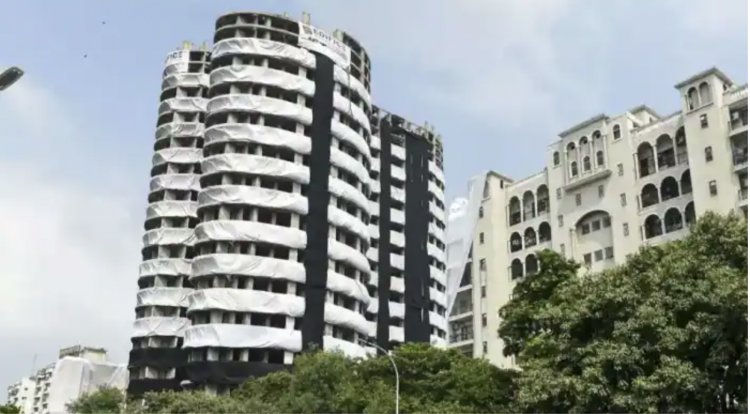 The twin towers located in Noida Sector-93A will be demolished today. On the orders of the Supreme Court, at the press of the button at exactly 2.30 pm today, in just 9 seconds, the towers will take the form of rubble like a pack of cards. For the first time in the country, all eyes are on the demolition of buildings of heights 103 and 97 meters. From Noida Authority to Noida Police are also on alert mode. Almost all the preparations for the demolition of the Twin Towers have been completed. The police have also completely evacuated the surrounding area. Along with this, all the roads leading to and from the Twin Towers have been closed. DCP Noida Central Zone Rajesh Yes has issued a special advisory before and after demolition.

DCP Noida Central Zone Rajesh Yes told that 450 meters area of ​​the twin tower has been made an explosion zone. Therefore, the entire area has been evacuated in the morning itself. Along with this, 7 CCTV cameras have also been installed for monitoring. All roads leading to the Twin Towers were closed. Two teams of NDRF have been kept on stand boy. A mini control room has been built in the van at a distance of 450 meters from the twin towers.

He told me that I myself will be present with Blaster and Edphis Engineering during the blast. If there is any casualty, arrangements have been made for the green corridor to take them. With this, the expressway will be closed at 2.15 pm. He has appealed to the people that even if they see the view of the demolition from the window, then definitely take care and keep wearing double masks in the house after the blast.

After Delhi-NCR, now earthquake in Punjab including Amritsar,...