Secretary-General Antonio Guterres is on a visit to India from Tuesday to commemorate India's 75 years of partnership with the United Nations. During this, he will highlight India's contribution to fighting climate change by advocating for lifestyle changes. His spokesman Stephane Dujarric made the announcement on Monday. 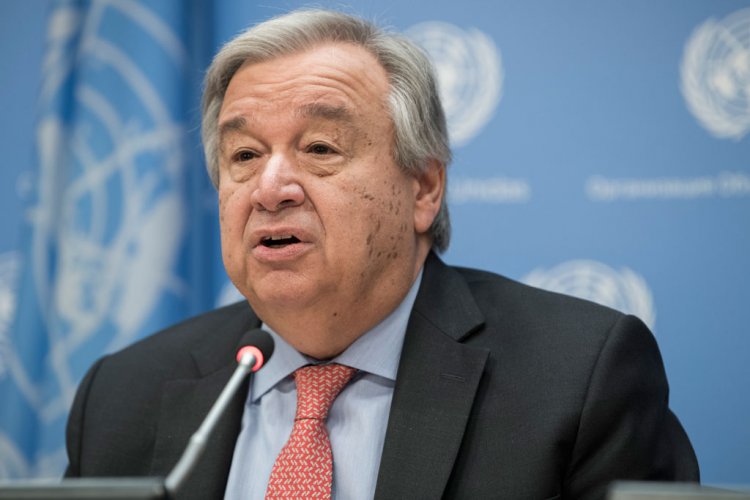 India's foreign ministry said in New Delhi that Guterres will begin his visit by paying tribute to the victims of the 26/11 terror attacks by a Pakistan-based group at the Taj Mahal Palace Hotel in Mumbai that claimed over 175 lives. The ministry also said that in Gujarat, Guterres is expected to lay a wreath at the 'Statue of Unity', a 182-metre statue of Sardar Vallabhbhai Patel.

The Foreign Ministry said, Guterres, will speak at the United Nations in Mumbai on 'India Eterate 75: UN-India Partnership: Strengthening South-South Cooperation'. This will be Guterres' second visit to India as Secretary-General and the first in his second term. Dujarric said that during his three-day visit, Guterres was met by Prime Minister Narendra Modi and Foreign Minister S. Jaishankar has to meet.

The External Affairs Ministry said Jaishankar is expected to discuss matters of "global concern" with Guterres and deepen New Delhi's engagement with the United Nations, as India also heads the G20, a grouping of the world's major economies. Is. Although India was a founding member of the United Nations in 1945, while it was then a British colony, it has been celebrating its participation in the United Nations since its independence in 1947.

The spokesman said Guterres will visit a model project site, recently declared India's first solar-powered village, and see how solar roofs installed in more than 1300 rural homes are improving life in the community. The Ministry of External Affairs said that in Modhera village, which is a model of the use of solar energy, he will also visit the Sun Temple, which was built by the Chalukyas in the 11th century to pay homage to the Sun god.

The Ministry of External Affairs said that Guterres is to participate in the launch of Mission Life (Lifestyle for the Environment) with Modi at Ekta Nagar in Kevadia, Gujarat. Dujarric said Guterres will travel from India to Vietnam, where he will participate in the celebration of the country's 45 years of UN membership.

7.3 magnitude earthquake in Philippines and 6.3 magnitu...

Trump gave a shock by saying that he will end the const...