Indian-origin British Prime Minister Rishi Sunak has defended Prime Minister Modi on the issue of a BBC documentary, through which he gave a befitting reply to Pakistani-origin MP Imran Hussain. Let's know what is the whole matter and what is Sunak's answer. 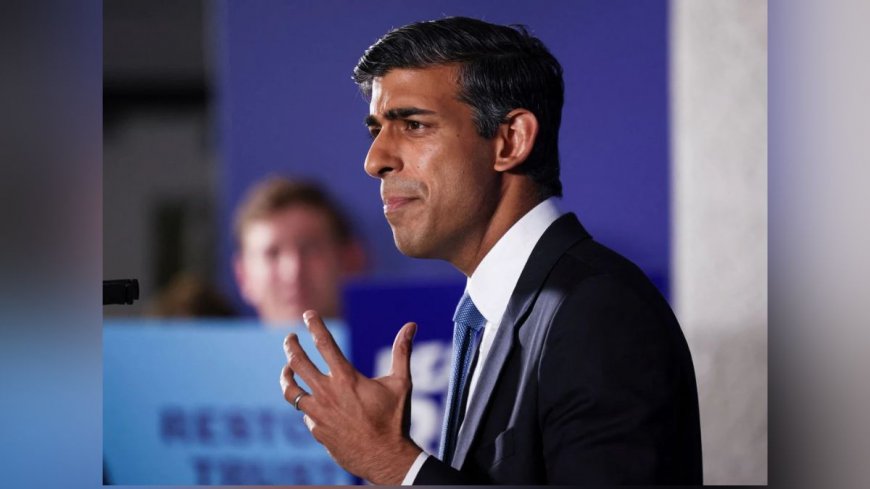 The controversy over the BBC documentary on the Gujarat riots has now reached the British Parliament, in which British Prime Minister Rishi Sunak himself has defended Prime Minister Modi. In fact, a British MP of Pakistani origin raised the issue of the BBC documentary on the Gujarat riots in Parliament, to which Rishi Sunak replied that "the United Kingdom government's position on this is clear and long-standing and has not changed." Of course, we do not tolerate harassment wherever it appears. But the way the honourable gentleman has been shown, I am not sure and I do not agree with him at all."

Britain's National Broadcaster BBC has made a documentary "India: The Modi Question" (The Modi Question) based on the Gujarat riots in 2 parts, the first part of which was aired on Tuesday, 17 January. Since then, many people in India and Britain have expressed their displeasure over this. This documentary has been removed from YouTube. Whereas the second part of this documentary is going to air on 24 January.

Earlier, Foreign Ministry spokesperson Arindam Bagchi described the BBC documentary as propaganda. Responding to media queries, he said, "Note that this has not been shown in India. We feel that this is propaganda material, designed to push a defamatory story. There is bias and a lack of objectivity in this. And the colonial mindset is clearly visible." Along with this, he said that whatever it may be, this film or documentary is a reflection on the agency and the individuals who are spreading this story. This makes us think about the purpose of this exercise and the agenda behind it."

More than 150 killed, hundreds injured in riots during ...

When The New Prime Minister Of Britain Was Reprimanded ...