NIA's big action on terrorists-drug smugglers, raids at 40 places from Delhi-Punjab to Uttarakhand

The National Investigation Agency (NIA) has taken major action against gangsters. The NIA is today conducting raids at several locations in Punjab, Haryana, Rajasthan and Delhi-NCR region to crack the emerging nexus between terrorists, gangsters and drug smugglers. 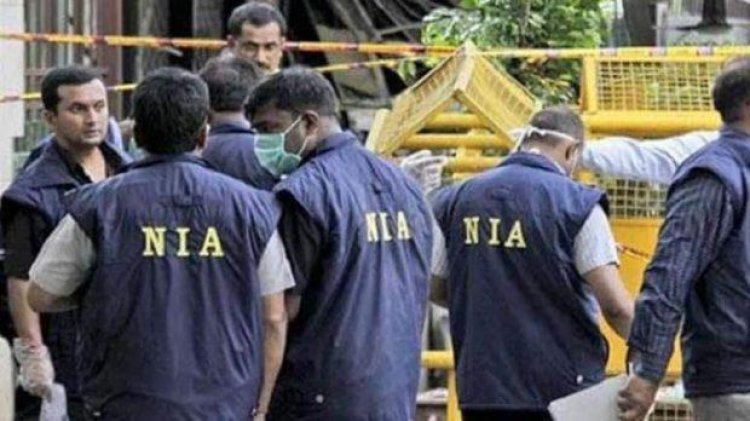 The National Investigation Agency (NIA) on Tuesday took major action against the nexus between terrorists and drug smugglers. NIA has started raids on the hideouts of many gangsters across the country regarding terror connections. Raids are being conducted at several locations in Punjab, Haryana, Rajasthan and Delhi-NCR region today to break the emerging nexus between terrorists, gangsters and drug smugglers. To spread terror in Jammu and Kashmir, money is being brought from abroad to the terrorists. The eyes of security agencies are special on this network. Last week, the NIA conducted raids in the Shopian and Rajouri districts of the Valley.

NIA raids are going on today at more than 40 different locations in Delhi, Haryana, Rajasthan and Punjab. Teams are involved in this action. It is also being told that the location of most of the raids is in Haryana, Uttarakhand and Punjab. However, in Delhi, it is on the bases of Neeraj Bawana in the Red Bawana area. So far no information has been revealed about the arrest in this raid. According to media reports, many weapons have been recovered in the raid so far.

Earlier on September 12, NIA had raided more than 50 locations in Punjab, Haryana, Rajasthan, and Delhi-NCR. Earlier on August 26, Delhi Police had registered two cases. The NIA has started raids by taking the investigation into its own hands.

G-20 Summit: PM Modi will participate in many programs...

Now Is Not The Right Time To Levy Charges On UPI Services,...