After JNU, controversy over BBC documentary in Jamia, 4 students detained

After JNU, now the controversy started at Jamia University regarding Prime Minister Narendra Modi and a BBC documentary made on the Gujarat riots. However, the administration has already swung into action to prevent controversies like JNU. 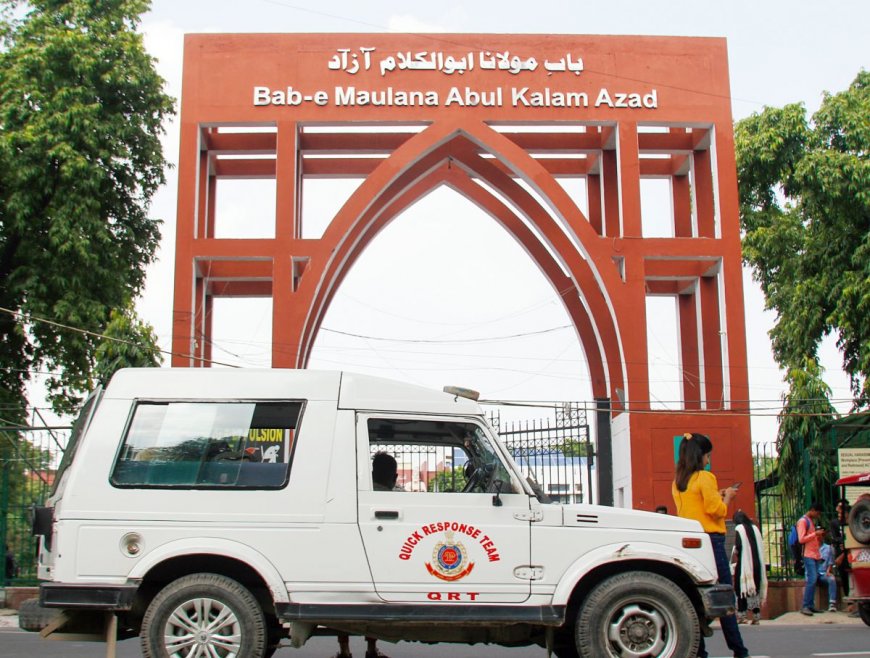 The controversy over Prime Minister Narendra Modi and the BBC documentary on the Gujarat riots continues to grow. After screening at Jawaharlal Nehru University (JNU), now Jamia Millia Islamia University (JMIU) is preparing for its screening. Students of the Left-backed Students Federation of India (SFI) said they will screen the documentary 'India: The Modi Question' at 6 pm today. After this, the administration has come into action to stop the controversy like JNU.

According to media reports, there has been a high-voltage drama in Jamia Millia Islamia earlier, after which the police detained four students for allegedly creating a ruckus outside the campus. Along with this, it is also forbidden to stop and crowd outside the university.

Several personnel from the Central Reserve Police Force (CRPF), Rapid Action Force (RAF) and Delhi Police were deployed following the ruckus at Jamia University over the screening of BBC's documentary 'India: The Modi Question'. has gone.

India invites Pakistan foreign minister for SCO meeting for the first time in 12...

PM Modi gave the mantra of success to NCC-NSS cadets, said – the responsibilit...

PMO team inspected Joshimath, hearing will be held in S...