Security forces in Jammu and Kashmir have killed three Jaish-e-Mohammed (JeM) terrorists, including a Pakistani, in double operations in Kulgam in the last 24 hours. The Jammu and Kashmir Police had received intelligence inputs about the presence of terrorists in the Ahwatu area of ​​Kulgam. 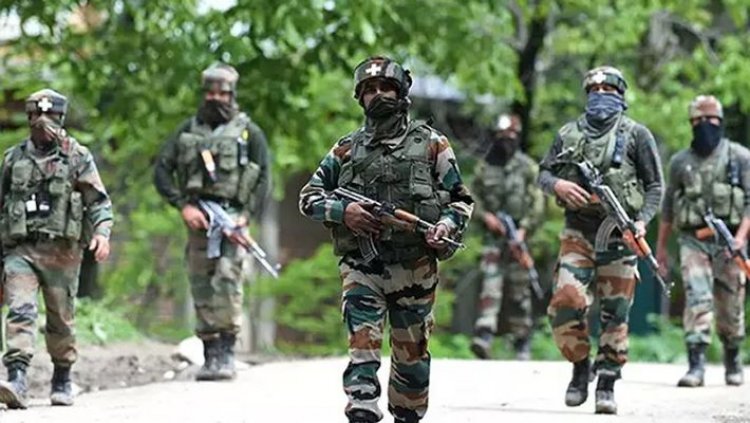 Security forces have got a big success in Kulgam of Jammu and Kashmir. Security forces killed three terrorists during the encounter in the last 24 hours. Security forces had received information about the presence of terrorists in the Ahwatu area of ​​Kulgam. A joint cordon and search operation was launched by the Police, Army and Central Reserve Police Force (CRPF) in the area. Three Jaish-e-Mohammed (JeM) terrorists, including a Pakistani, were killed in double operations in Kulgam.

During the search operation, as the joint search team reached the suspected spot, the hiding terrorists fired indiscriminately at the security forces. This was followed by an encounter in retaliation. Police said that both the terrorists were involved in several terrorist offences including attacks on police, and security forces and atrocities on civilians.

According to the police, two local terrorists were killed in the encounter. They have been identified as Mohammad Shafi Gani of Batpora and Mohammad Asif Wani alias Yawar of Takia Gopalpora. According to police records, both the killed were categorized as terrorists. He was associated with the banned terrorist organization Jaish-e-Mohammed.

Earlier on Monday, Jammu and Kashmir Police along with Army and CRPF launched a joint cordon and search operation in Batpora village of Kulgam following information about the presence of terrorists in the area. The hiding terrorist targeted the civilians as well as the joint team to escape. An army jawan and two civilians were hit by bullets. One Pakistani terrorist has been identified in the encounter as Abu Hurrah. He was associated with a banned terrorist organization.

Teesta wanted to implicate the then CM Narendra Modi, c...

XBB Sub-variant: The threat of a new wave of Corona, WH...