After roti, paratha will now attract 18% GST, AAR said – there is a big difference between chapati and paratha

Gujarat's Appellate Authority of Advance Ruling (AAR) has said that there is a big difference between parathas and ordinary roti, after which now paratha will attract 18% GST instead of 5%. At the same time, 5% GST is levied on the roti. 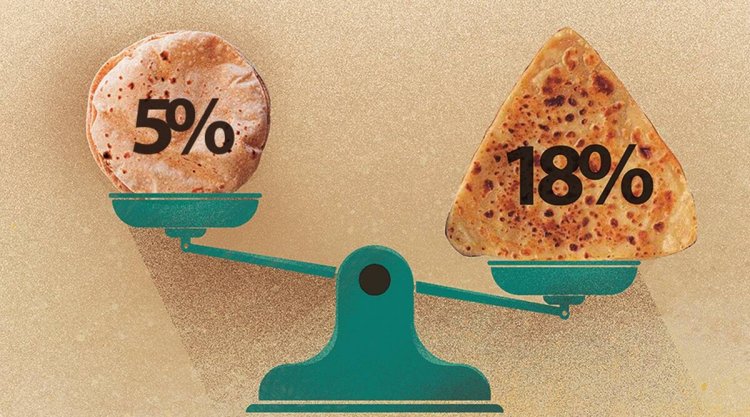 If you are fond of eating parathas then there is bad news for you. Now you will find it cheaper to eat roti instead of paratha and you will have to spend more money to enjoy the paratha. Actually, Vadilal Industries of Ahmedabad had filed a petition in GAAR (General Anti-Avoidance Rules) stating that it produces 8 types of Parathas including Mix Veg, Malabar. Along with this, the company had told that vegetables, fenugreek and other ingredients are added to make different types of parathas. If these ingredients are not added then all the parathas will turn out to be of the same taste.

5% GST was imposed on Roti, Chapati and Naan and 18% GST on Paratha. In this regard, many parties have also appealed to the AAR, which looks after the matters related to the GST tax of the central government.

AAAR said that the parathas and plain ones being supplied by the appellant are different from chapati or roti. It cannot be considered under the category of plain chapati or roti, which has also been upheld by GAAR (General Anti-Avoidance Rules). GAAR has effectively upheld the June 2021 order of Gujarat's Authority for Advance Ruling, which had stated that such packaged parathas need to be cooked for 3-4 minutes till they turn golden brown on both sides and the roti and bread crumbs need to be cooked for 3 to 4 minutes. There is a difference in parathas.

In August last year, Tamil Nadu AAR ruled that ready-to-cook dosa, idli, porridge mix, etc. sold in powder form will attract an 18% GST tax. At the same time, Gujarat AAR had ruled that 5 percent GST is payable on Puri Papad and Unfried Papad. Along with this, in December 2021, Karnataka AAR ruled that 18 percent GST will have to be paid on Rava Idli Dosa.