Russia launched a quick missile attack on the capital of Ukraine, fire in buildings, 8 killed, attack warned to continue

After a long time, there have been several explosions in the Ukrainian capital Kyiv. Ukrainian President Volodymyr Zelensky has said that the attacks across Ukraine this morning show that Russia is "trying to destroy us and wipe us off the earth." In a Telegram post, Zelensky highlighted the explosions in Zaporizhzhya, Dnipro and Kyiv, saying, "All over Ukraine the air alarm just doesn't stop...it just keeps ringing somewhere." So far eight people are reported to have died in these attacks. 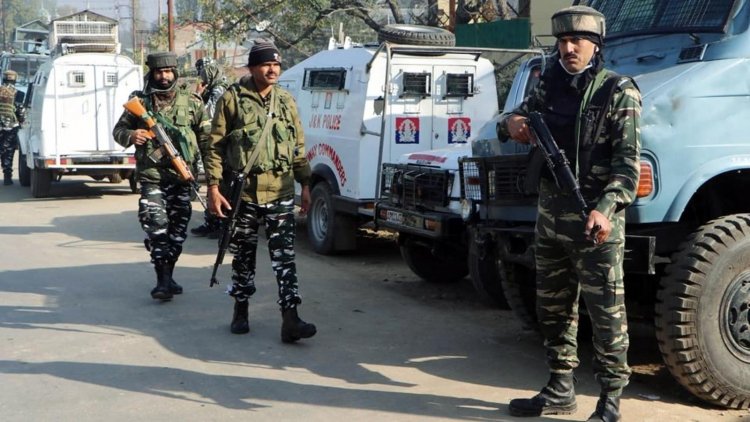 Kyiv, the capital of Ukraine, has been attacked once again this morning. Ukraine's President Volodymyr Zelensky has said this morning's attacks across Ukraine show Russia is "trying to destroy us and wipe us off the earth" after the latest attacks on Kyiv. In a telegram message, the head of the capital's regional military administration, Oleksiy Kuleba, said Russian air strikes on Kyiv were not over and people should remain under cover. He assured me that the air defence systems were working, but "the air alert warning is still on."

It is being told that at least 8 people have died in these attacks and about 30 people have been injured.
In a Telegram post, President Zelensky, speaking on the explosions in Kyiv, Zaporizhzhya and Dnipro, said that "air alarms do not subside throughout Ukraine."
"Unfortunately, we already have many dead and injured," he said, before urging his compatriots to stay in shelters. Russia has yet to comment on this morning's attacks.

He also called on people not to photograph or film the landing sites of missiles or damaged infrastructure in the capital. He said that "people's lives depend on it".

Mykhailo Podolyak, an adviser to President Volodymyr Zelensky, says the "deliberate attacks" on the center of Kyiv, as well as the attacks on Zaporizhzhya in the south and Dnipro in central Ukraine, are more evidence of the "terrorist handiwork of the Kremlin". Let us tell you that there have been several explosions one after the other in Kyiv, the capital of Ukraine. The blast took place at around 8 am local time.

These serial blasts have been heard over Kyiv two days after the blast on the only bridge connecting Russia to Crimea. Russian President Vladimir Putin blamed Ukraine for the blast on the bridge. These attacks are believed to be Russia's response to the attack on Crimea. Three people were killed in Saturday's attack on a Crimean bridge. Monday's missile attack in Kyiv is believed to be a reaction to this.

There have been attacks in Kyiv before, but this time the attack seems to be very focused. There were also night attacks in Dnipro and Zaporizhzhya. Let us tell you, after several months there have been missile attacks on the capital of Ukraine. In pictures and videos being shared on social media, a plume of smoke can be seen rising from several buildings in Kyiv. Buildings and cars were also seen engulfed in flames. Eight people have been confirmed dead and 30 are said to be injured in the attacks in central Kyiv. Emergency services have not yet provided clear figures.

Amazon founder Jeff Bezos announced, will donate most of...

Osama Bin Laden Wanted To Do Another 9/11-like Attack On...