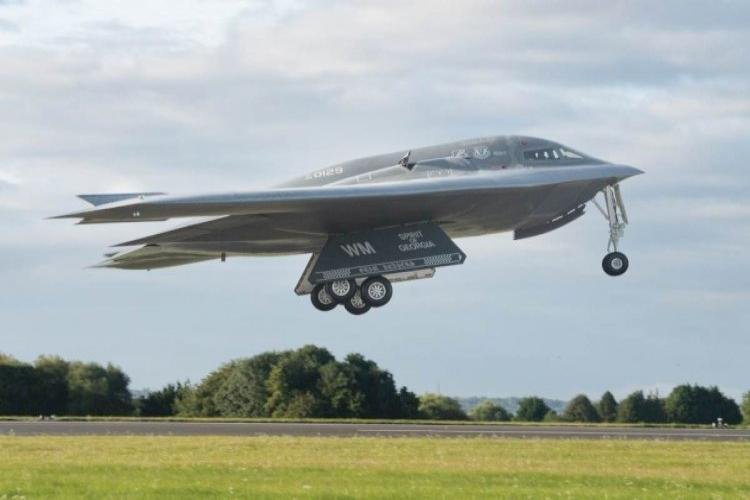 After taking the S-400 Defense Missile System (S-400 Defense Missile System) from Russia, the Indian Air Force is now going to buy dangerous bomber jets from Russia. The special thing is that this discussion is taking place at a time when Indo-US relations have come to a standstill over the Ukraine war and the Russian S-400 defense system. There has been talking of sanctions against India many times in the US regarding the S-400. In such a situation, once again the question arises whether this defense deal will create tension in the relations between India and America. With this, you will know who is more powerful the American bomber or the Russian bomber. What is special about the American bomber? After all, how powerful will the Indian Air Force be with this bomber of Russia? Why the restlessness of Pakistan and China has increased after hearing the name of this aircraft?

1- B-2 Spirit Stealth BomberUS B-2 Spirit Stealth Bomberis known as the most dangerous bomber in the world. This is a stealth aircraft. No radar can track it. In such a situation, it is highly capable of dodging the enemy and penetrating the target. The B-2 Spirit Stealth can simultaneously carry up to 16 nuclear warheads. This bomber can destroy a large area of ​​any country in a single flight. It can be imagined that two cities of Japan were completely destroyed by the fall of two atomic bombs, in such a situation, if 16 bombs heavier than that fell on any country, what will be its condition?

3- B-2 is such a bomber, which is capable of carrying long-range missiles as well. In the Kosovo war of 1999, America had hit 33 percent of the targets on the basis of these bombers alone. America used this bomber in the Iraq war. These bombers had written the story of the destruction of Iraq by flying from Diego Garcia and then from Afghanistan to Libya, it proved its power.

1- TU-160 Bomber Jet Russian Bomber Jet TU-160is a hypersonic glide weapon. It is called Toplov Tu-160. NATO named it Blackjack. The weight of this bomber aircraft is 1.10 lakh kg. Its height is 43 feet. This 177.6 ft long bomber jet has a wingspan of 182.9 ft. At the time of takeoff of the aircraft, its weight reaches up to 2.75 lakh kg. This bomber jet is flown by a crew of four airmen. This jet takes off with a pilot, a co-pilot, a bomb border, and a defensive systems officer. It has a combat range of 2000 km in combat, its speed can be increased to 73,00 km in battle. It can fly up to a maximum altitude of 52 thousand feet.

2- After joining the Indian Air Force, it will be easy for the Air Force to do airstrikes. This bomber jet can fly at a maximum speed of 2220 kmph at an altitude of 40,026 feet. This jet can fly up to 12,300 km at a time. This jet can be flown at a speed of 960 kilometers per hour. In view of the tension on the border, the Indian Air Force is preparing to make a big defense deal with Russia. In Russia, this super-destructive bomber jet is known as Tu-160. It is also called the 'white swan' in the Russian Air Force. This jet is the world's most advanced bomber jet. Seeing this on the battlefield, the enemy is left to grind. To achieve this means doubling the strength of the Air Force. After the deal of S-400 and Hypersonic Weapon Technology with Russia, this defense deal has brought both countries closer. So far, however, nothing has been said on this from both the countries.

The upgraded variant of the 3- Tu-160 was previously known as the Tu-160M2. However, it is now renamed Tu-160M. United Aircraft Corporation (UAC) claims that 80 percent of the aircraft's systems have been upgraded. UAC General Director Yuri Slisar explained that the Tu-160 is one of the largest and most high-tech projects in the aviation industry. UAC reported that the new Tu-160M ​​was flown at an altitude of more than 1960 feet and remained in the air for about 30 minutes. The aircraft is equipped with modern avionics, radar, and communication systems. Not only this, but this bomber is capable of firing not only bombs but also missiles for a long distance.

Attack on Hindus in Leicester amid Queen's funeral, Indian...