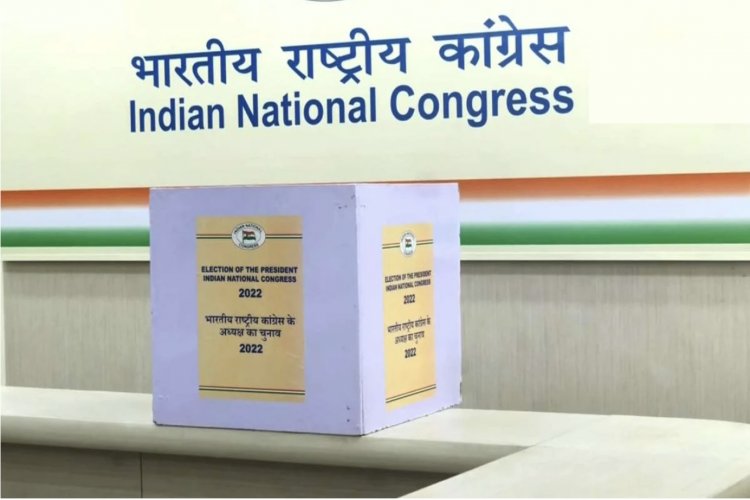 Congress President Election: Voting for the new president of the country's oldest party Congress is to be held tomorrow i.e. on Monday. On behalf of the party, it has been said that all the preparations for voting have been done. This time the contest is between senior leaders Mallikarjun Kharge and Shashi Tharoor. 9,800 PCC Delegates (Voters) across the country will vote at 68 polling booths in 40 polling stations. The ballot boxes will be brought to Delhi after polling on October 17. Then the counting of votes will take place on October 19 and Congress will get a new non-Gandhi president.

Congress leader Jairam Ramesh said that questions are being asked about where Rahul Gandhi will cast his vote tomorrow for the election of Congress President. Nothing should be guessed. He will vote along with about 40 other Bharat Yatris, who are PCC delegates, at the Bharat Jodo Yatra campsite at Sanganakallu in Ballari.

During the election, from 10 am onwards, the state from which the delegate is, will have to go to the Congress headquarters of that state to vote. Madhusudan Mistry, chairman of the Central Election Authority of Congress, said that the electoral process is completely transparent and fair. PRO and APRO will keep a close watch on the polling stations.

In the Congress party, these elections are being held after nearly 22 years. Earlier there was a contest between Sonia Gandhi vs Jitendra Prasad, which was easily won by Sonia. This time the Gandhi family is not contesting the election of the President while being in active politics. Earlier in 2017, Rahul Gandhi became the president unopposed in the month of December.