Ankita's father stopped the funeral, raised questions on the action of the bulldozer and the post-mortem report

Ankita Bhandari Murder Case: Ankita's funeral has been stopped today after the initial post-mortem report came to the fore. Ankita's father has also demanded a re-post-mortem. He raised the question as to why the resort was demolished. 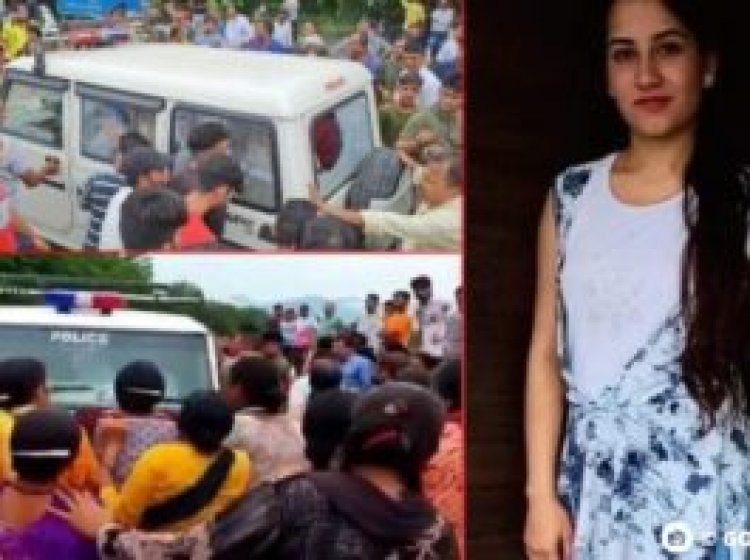 Ankita Bhandari's postmortem report has come out in which Ankita died due to suffocation due to drowning. The post-mortem report states that marks of injuries have been found on Ankita's body. How the injury occurred, will be clear only after the full post-mortem report comes out. Ankita's body reached Srinagar from Rishikesh late in the evening and a large number of police forces are deployed. Ankita's last rites will be performed on the banks of Alaknanda today. Meanwhile, the big news is coming that Ankita's father has banned the funeral. Ankita's family members have also raised questions about the functioning of the government.

Ankita's funeral, which was to be held on Sunday, has been put on hold after the initial post-mortem report surfaced. Questioning the post-mortem report, the family is demanding it be done again. At the same time, the administration is busy persuading the family members to conduct the last rites today.

Ankita's family questioned and asked why the resort was demolished. The family members claim that this resort has been demolished to destroy the evidence. The provisional post-mortem report of Ankita Bhandari has revealed that she was assaulted before her death. Along with this, drowning has been given as the cause of death.

The death of 19-year-old Ankita Bhandari has created a furore across the country. The post-mortem was done at AIIMS Rishikesh. Ankita's post-mortem has been conducted by a panel of three doctors. Ankita's body has been handed over to the family. Ankita's body reached Srinagar from Rishikesh late in the evening. A large number of police forces are deployed here.

The body of a missing receptionist of a resort in Uttarakhand was found in the Chila canal on Saturday morning. The charge of his murder is on Pulkit, son of BJP leader Vinod Arya from Haridwar. The accused Pulkit Arya is the owner of the resort where the victim used to work. The BJP leader's son had illegally constructed this resort in Yamkeshwar block of Pauri district which was demolished on Friday night.

Video calling on WhatsApp, Skype, Zoom, Telegram will no longer be free for the ...

The Water Level Of Ganga-Yamuna In Prayagraj Rising By ...

BJP will protest across the country today against Bilaw...