Aam Aadmi Party's national convener and Delhi Chief Minister Arvind Kejriwal have made a big claim today for the Gujarat Assembly elections. Referring to the Intelligence Bureau (IB) report, Kejriwal said that the AAP government will be formed in Gujarat. 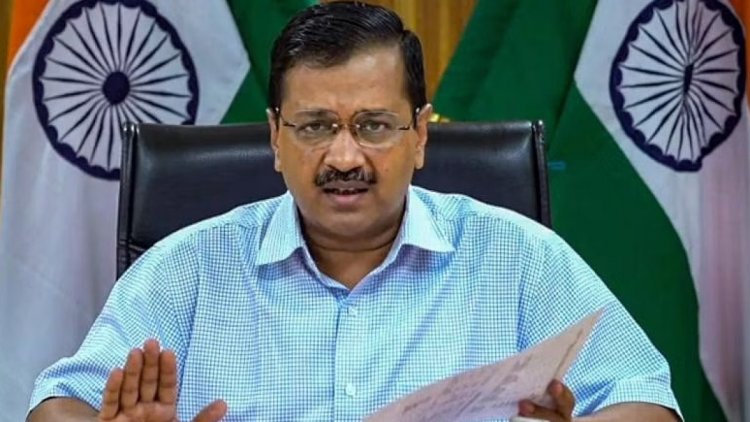 Assembly elections are to be held in Gujarat by the end of this year. Along with the Election Commission, political parties are busy preparing for the elections. Meanwhile, Aam Aadmi Party's national convener and Delhi Chief Minister Arvind Kejriwal have claimed that an Intelligence Bureau (IB) report states that Aam Aadmi Party will form the government in Gujarat with a small margin. He said that he wants a thumping majority, so appealed to voters to vote for AAP in large numbers.

Addressing media persons in Rajkot on Sunday, Kejriwal said, "According to sources, the IB report says that if elections are held today, AAP will form the government in Gujarat with a lesser margin." We are ahead of BJP with very few seats, the people are going to give a big blow to the Gujarat government. AAP will have a good majority and the government will be formed with a good majority.

He also claimed that since the report was made available to the government, BJP and Congress have joined hands, and meetings of both parties are going on. The BJP is horrified by the report. The leaders of both parties had secret meetings and later both are accusing AAP in the same language. It is known that even before this, Kejriwal has claimed victory for AAP in many meetings of Gujarat.

According to Kejriwal, now BJP wants the Congress to be strong in the state and for this the party is making every effort to strengthen the Congress. He also claimed that some Congress MLAs were about to join BJP, but now BJP leaders have asked them not to leave Congress because if they leave Congress, it will weaken the party. BJP wants a division of anti-incumbency votes and hence it wants Congress to play a stronger role in the assembly elections.