Kartik Singh Resignation: Bihar minister Kartik Singh resigned from his post late on Wednesday evening. He sent his resignation to Chief Minister Nitish Kumar, which has been accepted by Nitish Kumar. 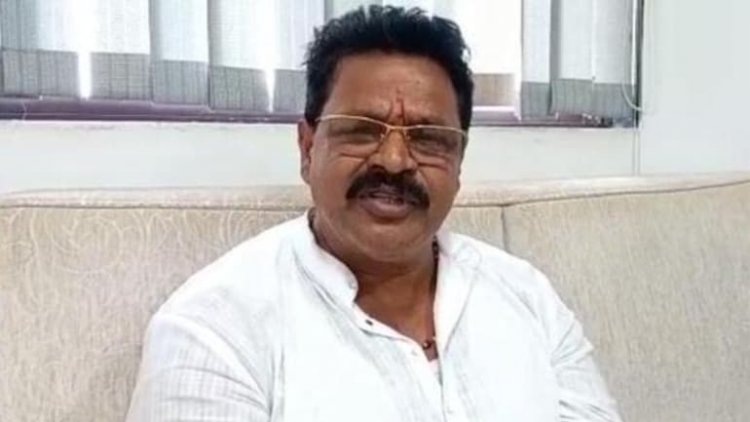 The newly formed Grand Alliance government of Bihar has got its first setback today. Kartik Singh, who became a minister from the RJD camp, has resigned from his post. He was made the Law Minister by the newly formed Grand Alliance government. However, on the day of his swearing-in, an old case of kidnapping against him came to light. Due to this, he was embroiled in controversies. Kartik Singh was removed from the Law Ministry and given the responsibility of the Sugarcane Industry Ministry on Wednesday itself after a controversy over the kidnapping. He resigned from the post of minister late Wednesday evening.

Kartik Singh remained a minister for only 22 days. It is known that on the day when the ministers of the Mahagathbandhan government of Bihar were being sworn in, information about the kidnapping case going on against them came to light after the swearing-in of Kartik Singh. In that kidnapping case, Kartik Singh was taking oath as a minister in the Raj Bhavan on the day he was to appear in court. For this reason, Nitish Kumar and Tejashwi Yadav along with Kartik Singh were also attacked by other opposition parties including BJP.

However, then Lalu Prasad along with Tejashwi also defended Kartik Singh. But on Wednesday when the law ministry was snatched from Kartik Singh. He was given the Sugarcane Industries Department. After which he resigned from the post of minister. Nitish Kumar has accepted the resignation of Kartik Singh and sent it to Governor Fagu Chauhan. After the resignation of Kartik Singh, Land Reforms Minister Alok Kumar Mehta has been given additional charge of the Sugarcane Industries Department.

Here on the resignation of Kartik Singh, senior BJP leader and former Chief Minister of the state Sushil Kumar Modi along with the Bharatiya Janata Party has taunted the government. Sushil Kumar Modi tweeted that Nitish Kumar got clean bowled in the first over itself. Now the first wicket of Kartik Kumar has fallen. Many more wickets will fall now.

BJP Bihar spokesperson Nikhil Anand tweeted, "Ajab Khel Hai, Gajab Hai Tamasha". When JDU's Mouni Baba took the initial silence, the RJD started thinking of him as Jamura. Now in one bet, all four have become heads. Accused of crime became law minister, then law minister was made sugarcane minister, hence got the sugarcane minister to resign. Now it is the agriculture minister's turn.

PM Modi will leave for Indonesia tour today, will discuss...