After the embarrassing performance of Team India in the ICC T20 World Cup 2022, the BCCI has taken major action and sacked the entire selection committee headed by Chetan Sharma. It is believed that now BCCI is preparing to take some more big decisions. In such a situation, the captaincy of Rohit Sharma's T20 team is also in danger. 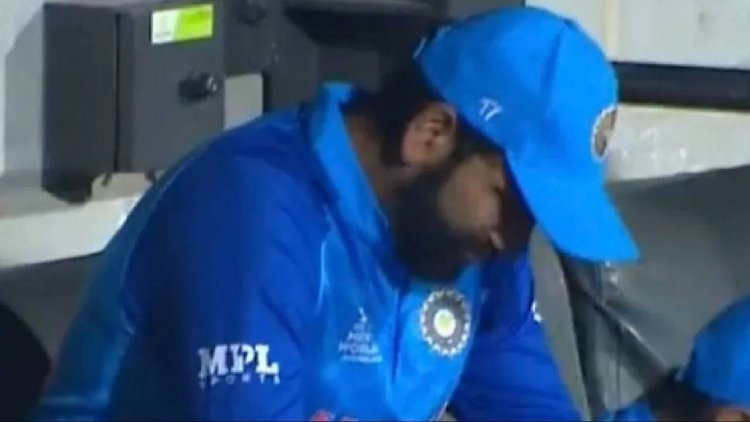 After the humiliating defeat of Team India in the T20 World Cup 2022, the Board of Control for Cricket in India is seen in action. The BCCI has sacked the entire selection committee headed by Chetan Sharma. It is believed that now BCCI is preparing to take some more big decisions. In such a situation, the captaincy of Rohit Sharma's T20 team is also under threat. It is to be known that the Indian team played the T20 World Cup 2022 under the captaincy of Rohit Sharma and due to not performing as per expectations, India got eliminated after losing in the semi-finals.

In fact, taking big action on Friday, the BCCI surprised everyone by sacking the 4-member selection committee headed by Chetan Sharma. Chetan Sharma (North Zone), Sunil Joshi (South Zone), Debasish Mohanty (East Zone) and Harvinder Singh (Central Zone) have been sacked from their posts. Let us tell you that the Indian team returned after losing two ICC tournaments while Chetan Sharma was the head of the selection committee. While India lost in the final of the World Test Championship, now it has lost in the semi-finals of the T20 World Cup.

If sources are to be believed, the BCCI is mulling over the split captaincy after sacking the selection committee. In such a situation, different captains can be made in T20, ODI and Test. Along with this, it is also being considered that Rohit Sharma should remain the captain of ODIs and Tests and someone else should be made the captain of T20. T20 captaincy can be given to Hardik Pandya. While Hardik Pandya is currently captaining the T20 tour of New Zealand, Shikhar Dhawan has been given the responsibility of ODI captain.

The BCCI has started the process of reconstituting the selection committee for the senior men's team. BCCI has invited applications for the appointment of 5 selectors. Applications can be submitted till 6 pm on 28 November 2022. Applicants must have experience of playing at least 7 Tests or 40 first-class matches or 10 ODIs and 20 first-class matches.

Fifa World Cup 2022: Host Qatar made an embarrassing re...

Team India Gave The Gift Of Victory To India, And Took ...