Political turmoil is going on in Bihar these days. All eyes are on whether the alliance of JDU and BJP is going to break. An important meeting of JDU MLAs and MPs is going to be held today. 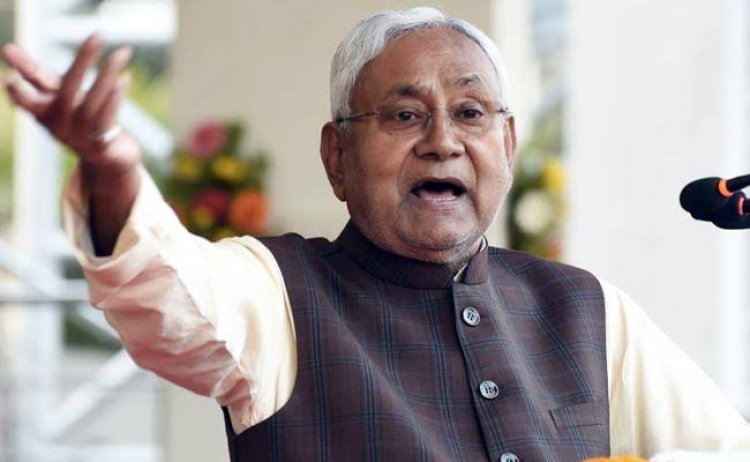 Bihar : Political agitation has intensified in Bihar. Amidst the rapidly changing political developments, the clouds of crisis have started hovering over the BJP and JDU alliance. At the same time, the closeness between RJD and JDU also seems to be increasing. The speculation market is hot. All eyes are now fixed on whether the alliance of JDU and BJP is going to break. Amidst the political turmoil, a meeting of its MPs has been called by Janata Dal-United JDU today. Today is a very important day in the politics of Bihar because today it is considered very important.
After the resignation of former JDU national president RCP Singh, the ruckus intensified. According to sources, a new government may be formed in Bihar with a new alliance. The final decision can be taken in the meeting of JDU MLAs and MPs going to be held today. JDU will hold a meeting in Patna today at 11 am. At the same time, RJD will also hold a separate meeting of its own.
Political agitation has intensified from Bihar to Delhi. The central government is also constantly keeping an eye on every movement happening in Bihar. Union Home Minister Amit Shah has spoken to Nitish Kumar on the phone ahead of the important meeting of JDU to be held today. It is being told that this conversation lasted for about seven minutes. However, it is not clear what happened between the two. BJP is waiting for Nitish Kumar's decision as to what decision he is going to take today.
The ruling NDA alliance has 127 members in the Bihar assembly at present. The RJD-led opposition Grand Alliance has 96 members. While Congress has 19 and AIMIM has one member. RJD is the single largest party in the assembly with 79 MLAs. BJP is at number two which has 77 MLAs. JDU is in the third position with 45 members.