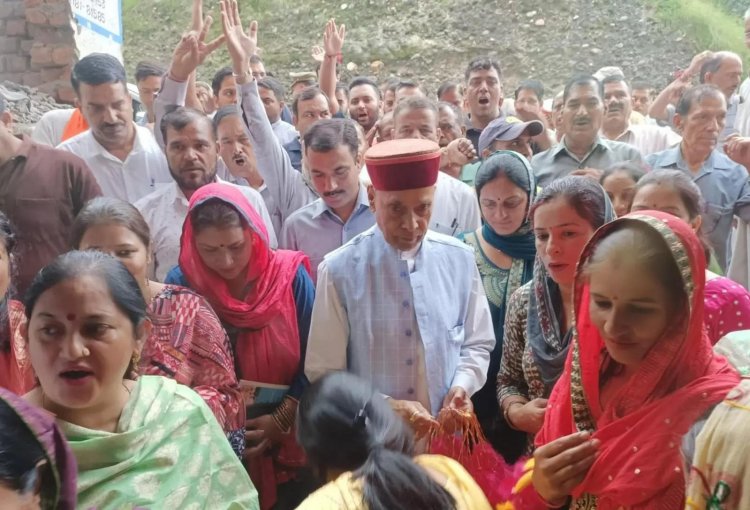 Enthusiasm for the assembly elections in Himachal Pradesh has increased. The ruling BJP has released the first list of candidates. BJP has announced the names of 62 candidates in its first list. Chief Minister Jai Ram Thakur will contest from the Seraj assembly seat. The content on this seat is considered to be very interesting, as Congress has already declared Chetram Thakur as its candidate from here. Anil Sharma will contest from Mandi and Satpal Singh Satti will contest from Una. The names of former Himachal Chief Minister Prem Kumar Dhumal and Anurag Thakur's father-in-law Gulab Singh Thakur are also missing from this list of BJP.

In the Himachal elections, BJP has given tickets to five women in its first list. Along with this, the names of 19 SC / ST candidates have been stamped. Former Chief Minister Prem Kumar Dhumal, the big face of BJP in Himachal, has not been given a ticket. Dhumal has been fighting from both his traditional seats Hamirpur and Sujanpur, but will not contest this time. At the same time, Gulab Singh Thakur, father-in-law of Anurag Thakur and former Himachal Road Transport Minister and Speaker of the Assembly, has also not got a ticket from Joginder Nagar.

Assembly elections in Himachal Pradesh will be held on 12 November 2022 and the results will be declared on 8 December. There is a total of 68 seats in the Himachal Pradesh Legislative Assembly. Himachal went to polls in just one phase in 2017 on November 9. At present, there are 53 lakh 76 thousand 77 registered voters in the state. In the last assembly elections, 75.28 percent of the people here exercised their franchise.

A day earlier i.e. on Tuesday, the Congress had released its first list of 46 candidates for the Himachal Pradesh Assembly elections. The list includes the names of many senior leaders including Vikramaditya Singh, son of former Chief Minister Virbhadra Singh and leader of the Legislative Party Mukesh Agnihotri.

Dog-cat will not be able to keep without a license in Haryana!...