Chahatt Khanna and Urfi Javed fought on social media, the actress said - 'Not worth making a sister-daughter'

These days, a cold war is being seen on social media between TV actress Chahatt Khanna and Urfi Javed, which has increased so much that Chahat even said to Urfi that 'make sister-daughter'. not worth'. 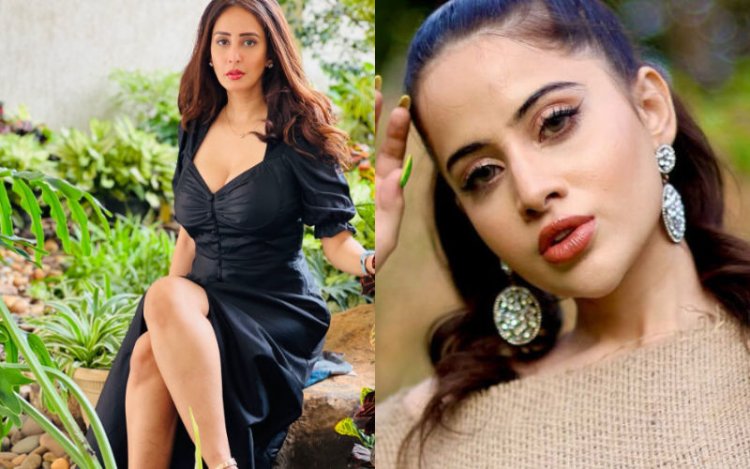 The social media war is being seen for a long time between Urfi Javed, who is called social media sensation, and actress Chahat Khanna, who has appeared in many TV shows. Both keep hitting back at each other through social media posts. Some time ago, while posting something for Urfi, Chahat said that 'Bas limelight should aise karte hai didi', after which Urfi also made a post reversing the actress, in which she shared the news, in which Chahat's name The thug is involved in the Sukesh Chandrasekhar case.

Also, Urfi wrote with the post that 'Sorry I talked about your divorce. Why would I say sorry to you for going to jail for taking money and gifts from a random person? Stop embarrassing yourself. You commented on my clothes while you meet a man in jail for money. I thought fighting with me would be the highlighting point of your career.

Urfi further wrote 'But no one can beat this controversy. You will always be known as a gold digger and I will be known as a girl in a weird dress. The latter is better and don't call me didi, I am many years younger than you, aunty'. After Urfi's reply, now Chahat Khanna retaliated and told Urfi a lot.

Chahat Khanna recently shared a post on the story on her Instagram, in which she writes 'Jumping in the middle of news for publicity without knowing the truth is like making yourself *****. No matter what to argue with Brainless, if I was intelligent, I would have worked or shot and not done semi-nude spottings. Come on, whether you are worthy of aunt, wife or mother, now only others should be happy by saying aunty, may Allah bless you.

This story of his is also becoming increasingly viral on social media. Also, now people are waiting for how and when Urfi Javed will answer his post. How long will this cold war between the two last? At the same time, in the Thug Sukesh case, apart from Chahat Khanna, the name of actress Nikki Tamboli is also coming to the fore, who took very expensive gifts of Sukesh.

I was initially daunted with the prospect of acting but...

Urfi Javed made a cassette reel dress, users said - 'Once...