TV's famous reality show 'Bigg Boss 16' started on Saturday evening and on the very first day, the first fight was also seen in the Bigg Boss house. The show's contestants Archana Gautam and Nimrit (Nimrit Kaur) were seen fighting with each other over the bed. 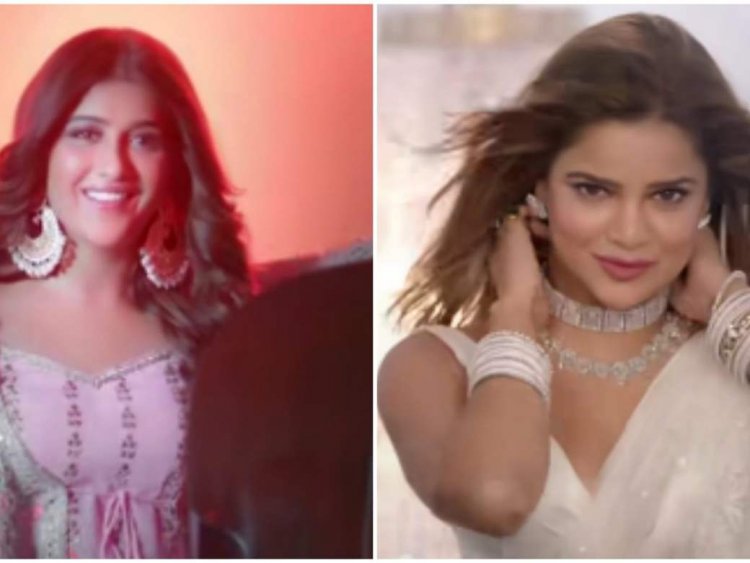 TV's most famous and loved reality show 'Bigg Boss 16' started with a bang on Saturday evening. 14 contestants have been imprisoned in Bigg Boss house. Also, the show is being hosted by Salman Khan, who is always called the Dabangg of Bollywood, who will now be seen on Friday and Saturday in the show's 'Weekend Ka Vaar'. At present, the first fight of Bigg Boss has come to the fore. Yes, the two contestants of the show, Archana Gautam and Nimrit (Nimrit Kaur) were seen fighting with each other on the very first day of Bigg Boss, which is loved for its glamour and fights.

Not only this, the reason for the quarrel between the two was Bana Bed. Between the two contestants, I got to see you because of fear about the bed. Both these contestants were made the first captain of the house by Bigg Boss. Along with this, the responsibility of allotting beds and other things to every player coming inside the house was entrusted to both of them.

After this, the captain of the show Nimrit gave Contestant Archana the bed right in front of the mirror, but then due to some problems, he asked Archana to change the bed. Because of this, there was a tussle between the two. Along with this, Archana also asked Nimrit 'why does she want to change the bed?', to which Archana said that some contestants have many bags.

He also said that it would be convenient for him to keep the bag, then Archana went straight and started shouting at the camera and said that she too had brought many bags, why didn't Bigg Boss send her bags inside? When all the other celebrities who came to Bigg Boss house tried to convince Archana, she clashed with them too.

Archana said that all of you have gone mad. Why are you all climbing on me? Why don't you understand that I want a bed with a mirror because I want to see myself first thing in the morning? The show will be telecast from Monday to Friday at 10:00 pm on the Colors channel.

'If you die, remember Sushant Singh first and now with me..' The memory of this ...

More than 150 killed, hundreds injured in riots during football match in Indones...

Urfi Javed made a cassette reel dress, users said - 'On...

Amitabh Bachchan's leg vein was cut like this! hospital...

Adipurush Teaser Out: Prabhas will be seen in Ram's ava...

Ranveer Singh on Alia-Ranbir's wedding: 'He saved a lot...