Changed mood of the weather: Rain in many states of North India, strong winds, snowfall on the mountains

Weather Update: The weather patterns of the country have started changing now. After a cold wave, dense fog and snowfall, it is now raining. Light rain occurred late at night from Delhi-NCR to UP-Bihar. From Punjab-Haryana to Madhya Pradesh and Uttar Pradesh, strong winds accompanied light rain. 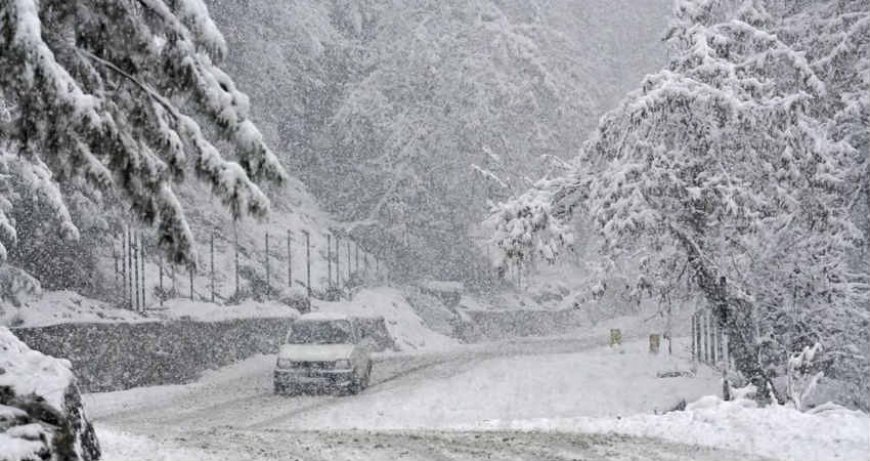 The weather has started taking a turn in North India. It has been raining since late at night in the plains, while on the other hand, snowfall continues in the hilly states. After getting relief from the cold for the past few days, once again the winter has intensified. There is dense fog in many states including Delhi, Rajasthan, Punjab, Haryana, and UP-Bihar on Wednesday morning. Even today, there is a possibility of strong winds with rain in many states. At the same time, due to the snowfall in the mountains, the winter has intensified once again. There is no relief from the cold in the coming days. The India Meteorological Department (IMD) has once again predicted light rain on Wednesday (January 25).

Due to the activation of Western Disturbance, there has been a rapid change in the weather. Late night, strong winds accompanied by drizzle occurred in many areas of North India. The effect of rain in the plains was also seen in the hilly states. In the southwest parts of the capital Delhi, there was drizzle along with strong winds late on Tuesday night.

Delhi's base station Safdarjung has received only nominal rainfall so far in January, according to IMD data. Talking about last year, there was 88.2 mm of rain in January, which was 306 percent more. Earlier, in January 2021, there was more than 161 percent rainfall. It will be cloudy in the capital for the next two days. According to the Meteorological Department, light rain is expected even today.

Light rain occurred in parts of Jammu and Kashmir, Himachal Pradesh, Punjab, Haryana, Uttar Pradesh and Madhya Pradesh. Whereas, there was a light snowfall in Jammu-Kashmir and Himachal-Uttarakhand. The minimum temperature increased by 2 to 4 degrees over Himachal Pradesh, Uttarakhand, parts of Haryana, Delhi and West Uttar Pradesh. It is believed that these areas will remain cloudy even today and it will rain. Please tell me that it is still cold in these areas.

According to the Meteorological Department, apart from Delhi-NCR, UP, Bihar, Himachal Pradesh, Punjab, Haryana, and Uttarakhand, there is also a rain alert in Madhya Pradesh, Rajasthan. A heavy snowfall warning has been issued in the hilly states. Snowfall was seen in Leh Ladakh, Gilgit, Baltistan, Muzaffarabad including Uttarakhand, and Himachal. According to the IMD, during the next two days, rain activity will be recorded over the Western Himalayan region and parts of Northwest India. At the same time, from the night of 27 January 2023, a new Western Disturbance can affect North West India.

Rampura Agucha Mine under the aegis of Directorate General of Mines Safety concl...

'Take our everything but don't sell the country', Mamat...

President Draupadi Murmu addressed on the eve of 74th R...