Government called an all-party meeting today before the Parliament session, leaders of many parties will be involved

Parliament Winter Session: Before the winter session of Parliament, the Central Government has called an all-party meeting today. MPs from all parties of Lok Sabha and Rajya Sabha will participate in this meeting. Lok Sabha Speaker Om Birla will chair the meeting of this committee. 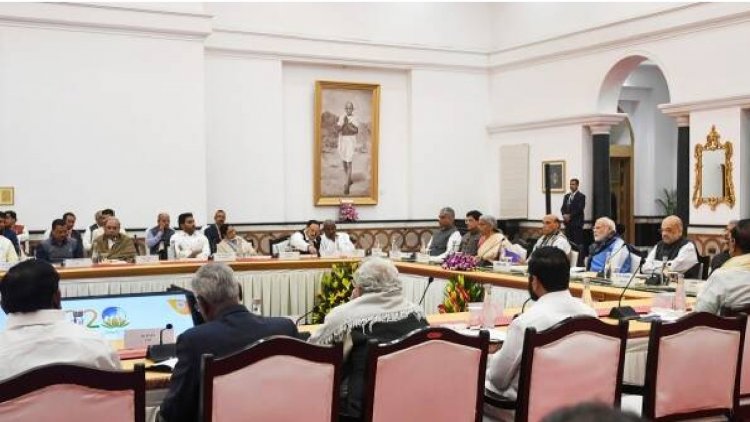 The winter session of the Parliament is going to start tomorrow i.e. 7th December. Before the Parliament session, the Central Government has called an all-party meeting today. The government is considering running the winter session smoothly, for this cooperation has been sought from all political parties. In this meeting, there is a possibility to ensure the smooth functioning of the House, and discuss legislative work during the session and important issues related to it. MPs from all parties of Lok Sabha and Rajya Sabha will participate in this meeting. Parliamentary Affairs Minister Prahlad Joshi said that we expect all the members to share their views during the Parliament session.

The winter session of the Parliament will start on December 7 and will continue till December 29. During this, there will be 17 meetings. The first day of the session of Parliament is going to start after the Delhi MCD election result. The results of the Gujarat and Himachal Pradesh assembly elections will come on the second day. It is believed that the election results will dominate the first two days of the session.

This time instead of the all-party meeting traditionally held before the session, a meeting of the Business Advisory Committee has been called. Lok Sabha Speaker Om Birla will hold a meeting of this committee today. Only last week, the government released the list of 16 bills to be introduced during the winter session. Prime Minister Narendra Modi is also likely to be present at this meeting. It is believed that the opposition parties can oppose these with debate.

The Congress party had called the parliamentary party the party on Saturday regarding the winter session of the Parliament. An important meeting led by Congress President Mallikarjun Kharge and Sonia Gandhi lasted for 70 minutes. In this meeting, the party house has decided to raise many issues including India-China border tension, and price rise in Parliament, which are related to the security of the people and the country.

Only one-third of women in India have access to the Internet, the rural populati...