The Uttar Pradesh government, which is celebrating the nectar festival of independence on a large scale, has been involved in renaming some places and scandals in honor of those who sacrificed their lives for the freedom of the country. 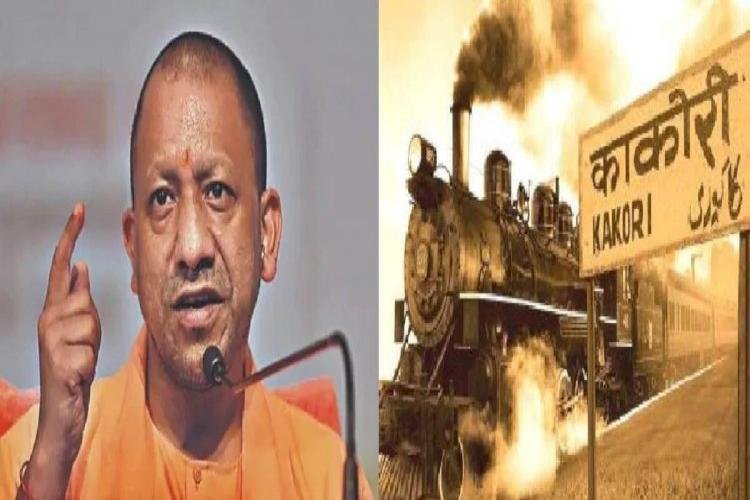 The Uttar Pradesh government, which is celebrating the nectar festival of independence on a large scale, has been involved in renaming some places and scandals in honor of those who sacrificed their lives for the freedom of the country. In this sequence, the Kakori incident of Lucknow was named Kakori Action.

On August 9, 1925, the Saharanpur-Lucknow passenger revolutionaries looted the treasury of the British by dacoity at Kakori railway station in Lucknow. Their motive was to buy weapons with the money collected from this loot. So that they can be used in India's war against the British. The British made it criminal by giving it the name of dacoity, Pandit Ram Prasad Bismil, Ashfaq Ulla Khan, Thakur Roshan Singh, and Rajendra Prasad Lahiri were involved in it. In history, this incident was known as the Kakori incident, but the Uttar Pradesh government changed the name of this incident. Along with considering all these as sacrifices, the government named it Kakori Action.

Historians believe that the British described the revolutionaries involved in that incident as thieves-robbers, although it was not a robbery. The purpose of the incident was to weaken the British who occupied India and not for any personal gain. For this reason, this incident is now known as Kakori Train Action.

After running from Saharanpur on August 8, 1925, the train coming from Shahjahanpur to Lucknow on August 9, 1925, was looted by the revolutionaries of the Hindustan Republic Association in Kakori. Those who carried out this incident included 10 revolutionaries including Pandit Ram Prasad Bismil, Ashfaq Ullah Khan, Rajendra Lahiri, Thakur Roshan Singh, Keshav Chakraborty, Mukundi Lal, and Banwari Lal. As soon as the train was going towards Lucknow from Kakori railway station, 20 km from Lucknow, the national heroes pulled the chain and stopped the train, and looted the government treasury. During that time a plan was made to withdraw about 8000 thousand rupees from the British treasury, but only 4679 thousand rupees could be withdrawn.

Robbery and murder cases were registered against 40 revolutionaries

The British named it dacoity. After the Kakori train action, the angry British registered a case of robbery and murder against 40 revolutionaries of the Hindustan Republic Association through a search operation. In the incident, Ram Prasad Bismil, Ashfaq Ulla Khan, Roshan Singh, and Rajendra Lahiri were sentenced to death, holding the national heroes guilty. Others involved were sentenced to black water, while some were sentenced to between four and 14 years of imprisonment.