Conspiracy to spread terror in India at the behest of Pakistani masters, 3 terrorists arrested with grenades

Pakistani ISI-LeT Terrorist: Hyderabad Police arrested three terrorists on Sunday. Along with grenades, bikes and cash have also been seized from all three. All three were engaged in spreading terror in India at the behest of Pakistani intelligence agency ISI and Lashkar-e-Taiba. 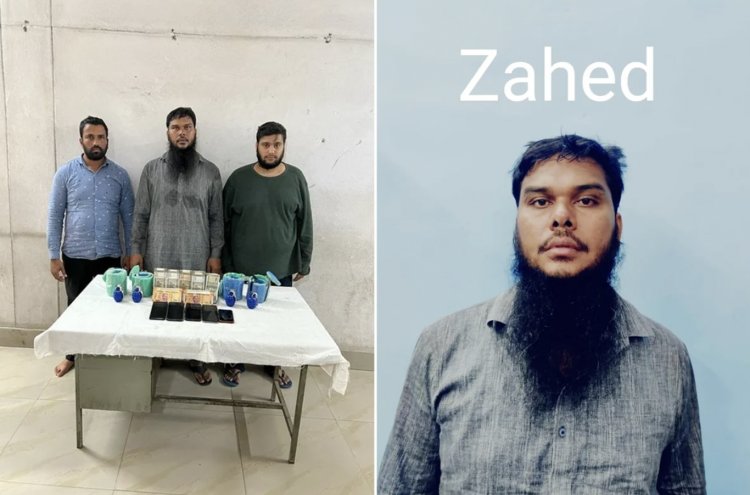 Three terrorists who spread terror in India at the behest of Pakistani masters have been arrested today. Weapons were also seized from all three, including grenades. It is being told that they would create panic and destruction by bombing crowded areas. All three have been arrested from Hyderabad. The Hyderabad Police has given information about the identities of all and the recovered weapons.

Hyderabad Police said on Sunday that three terrorists linked to Pakistan's ISI and Lashkar-e-Taiba were arrested from Malakpet in the city. They have been identified as Abdul Zahid, Mohammad Samiuddin and Maz Hasan Farooq. Four grenades, a motorbike and cash have been seized from all three.

Police said the trio was planning a terror attack in the city. Abdul Zahid was previously involved in several terrorism-related cases in Hyderabad, including the 2005 suicide attack on the Hyderabad City Police Commissioner's task force office, Begumpet. He was in regular touch with the Pakistani ISI-LET handler.

Hyderabad Police said that on receiving credible information, the police conducted raids and arrested three persons. He said that four grenades were found with the arrested persons, which they had planned to use for terrorist attacks in Hyderabad. The arrested were allegedly working under the guidance of 3 persons absconding from Hyderabad.

Abdul Zahid, in his confession, has revealed that he was in touch with Farhatullah Ghori, Abu Hanzala and Majeed and they induced and paid money to carry out terrorist attacks in Hyderabad. Police said, at the behest of Pakistan-based masters, Zahid roped in Samiuddin and Maz Hasan. After producing them in court, all three people have been sent to judicial remand.

Adipurush Teaser Out: Prabhas will be seen in Ram's avatar and Saif Ali Khan wil...