In a recent episode of 'Kaun Banega Crorepati 14' (KBC 14), the contestant called Amitabh Bachchan's film frivolous, after which Big B's reaction was mind-blowing. 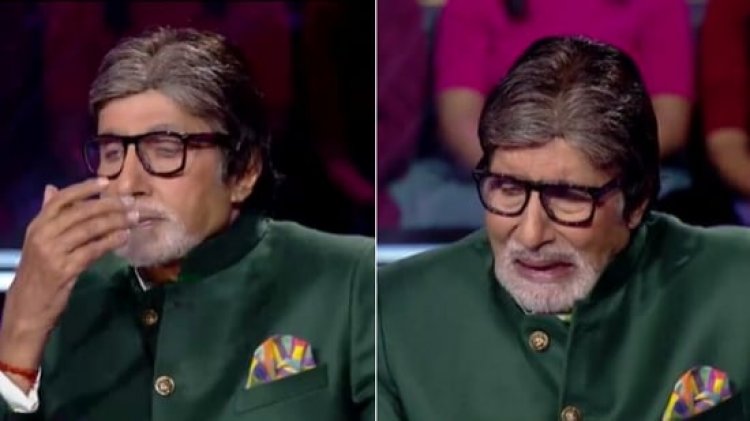 The most liked reality show 'Kaun Banega Crorepati 14' on TV is being watched a lot these days. Although the superheroes of the century are in Quarantine these days, they had done advance shooting of the episodes of this show, which are being telecasted on time. Meanwhile, the promo of his recently telecasted KBC 14 episode is going viral, in which the contestant sitting on the hot seat in front of Amitabh Bachchan said something about his films that would surprise anyone.

After listening to the contestants, along with Big B, everyone present there was stunned. Actually, in the promo clip shared on Sony Television's social media account, Contestant Krishna Das tells Amitabh Bachchan that 'Sir... I have to do a talk with you'. After this Amitabh says that 'Yes Ji.. speak'.

After this, the contestants say that 'wife Ji has a complaint that I do not love her'. On this Amitabh asks 'Why do you feel like this?'. Responding to this, Krishna says that 'Sir, whenever I see your film, she says, what are you looking for in a fruitful picture?'.

After listening to this talk of Contestant Krishna Das, Amitabh Bachchan held his head and said that 'Let us digest this thing first'. After this Big B further said that 'we make useless pictures'. Let us tell you that many contestants come to this show of Amitabh, with whom he has a lot of fun conversations.

This video of him goes viral on social media, which people also like a lot. On the other hand, if we talk about Amitabh Bachchan's work front, then he is going to be seen in two big films. The first 'Brahmastra' which will release on September 9 and the second 'Goodbye', will release on October 7. At the same time, the fans of Amitabh Bachchan are also waiting for the release of his films.

Nitish Kumar said- if all the opposition parties fight together, the country wil...

Trailer release of the film Addiction Directed by Ram R...

Dhoop Chhaon got a lot of Appreciation at the Special S...

Nora Fatehi, who was slapped by co-actor, was in pain i...

Vengaboys Live at Phoenix Marketcity, Pune: We Like to ...