Nitish Kumar said- if all the opposition parties fight together, the country will develop

Oppositon Unity: Bihar Chief Minister Nitish Kumar, who is on a four-day visit to Delhi, today met President Draupadi Murmu and NCP leader Sharad Pawar. After meeting Sharad Pawar, he told the media that if all the opposition parties fought together, the country will develop. 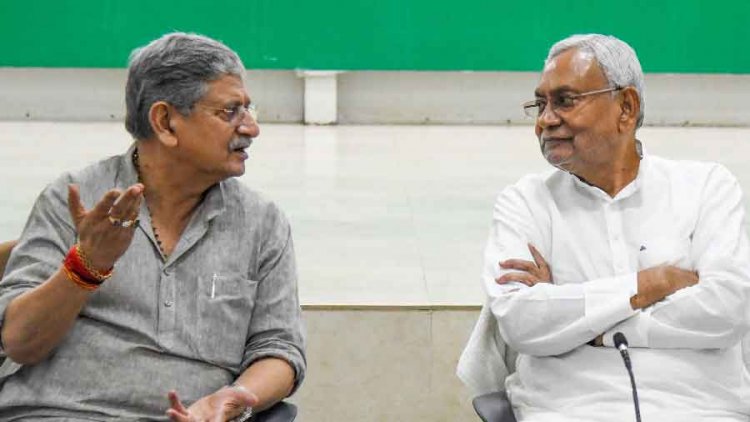 Earlier, talking to the media after meeting Sharad Pawar, Nitish Kumar said that we people have an opinion that more and more parties will work together for the development of the states and the country. I have also said that if everyone fights together, the country will develop because these people (BJP) are not doing anything.

Nitish Kumar said that we met in a good atmosphere. BJP is not doing any work, so it is necessary for maximum opposition to be united. If all the opposition parties come together, it will be for the good of the country. Nitish Kumar has already met Rahul Gandhi, Arvind Kejriwal and Sitaram Yechury. However, Nitish Kumar says that it is not important for him to be the face of the post of Prime Minister. All the parties of the opposition should unite, this is the effort.