Crores will be earned from the rubble of Twin Tower, know how much it cost to demolish?

Supertech's twin towers in Noida were demolished on the orders of the Supreme Court for non-compliance with construction-related provisions. This skyscraper of corruption was erected with the connivance of the officials and the builder. While crores have been spent on demolishing this building, crores are going to be earned by selling these towers. Let us know the account of expenses and earnings in the towers. 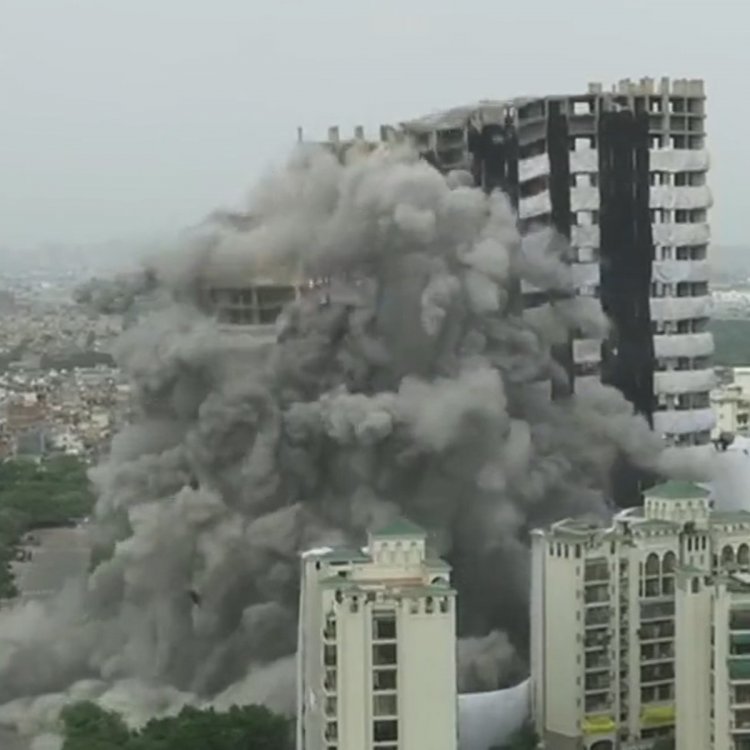 The illegal twin towers of Supertech built in Sector 93A of Noida were demolished at 2.30 pm. First Cyan, then Apex Tower exploded. There is currently no report of any damage to life or property due to the explosion of the explosive material used in this process. At the same time, many questions are arising in the minds of people regarding these buildings. One of them is how much it costs to demolish them, and second, what will happen to the debris of the buildings? Experts are telling that the buyer of Twin's debris will become rich. These towers having a value of Rs 700-800 crore are also worth crores.

Noida Authority's Chief Executive Officer (CEO) Ritu Maheshwari said that about 60 thousand tonnes of debris will come out from both towers. Right now it is difficult to say how many tons of iron and other metals are used in the buildings. Small pieces of iron may have been broken after the blast. And must have mixed in the rubble. At the same time, it will be a little difficult to separate them from this debris. But it has been estimated that around 7000 tonnes of iron can be extracted. If we calculate, then the cost of 7000 tonnes of iron will be 38 crores at the rate of 55 rupees/kg.

Debris is sold as per requirement, builders use it to fill pits. If the average cost of debris per trolley is estimated at Rs 500, then its cost can go up to several crores. It will take about 3 months to clear the debris of the Twin Towers. Around 1200 to 1300 truckloads will be used to lift the debris from the site. In this way, the company which buys the debris can earn crores of rupees.