'If not your own then at least the respect of the rest of the girls...', Urfi got the photoshoot done by sticking only silver varakh

Recently, Urfi Javed is getting trolled for his strange photoshoot. Urfi is often viral about her unusual looks and outfits, but in her recent photoshoots, she has left all limits behind. 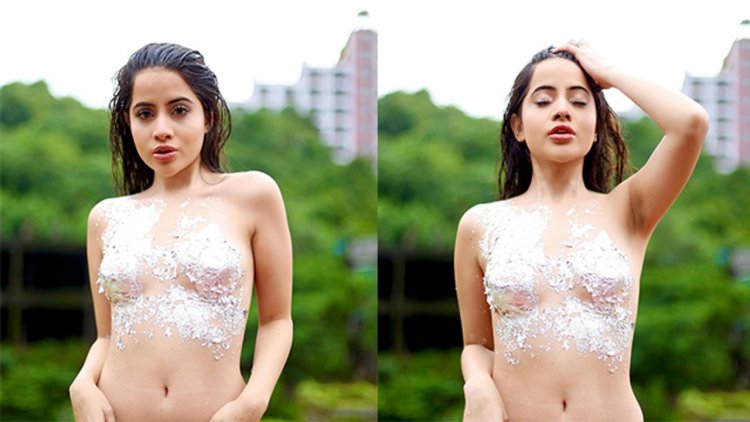 Actress Urfi Javed, who has made her mark from OTT to the TV world, is often in discussions about her unusual fashion sense. Apart from this, she also makes a lot of headlines on social media for her outspoken statements. She speaks such a thing on some issue that she has to face the trollers again, but the actress does not make any difference to it. Meanwhile, she once again got trolled for her strange photoshoot.

Actually, she has shared some photos on her Instagram, in which she is seen without clothes. Sometimes wearing a dress made of flowers, sometimes glass, sometimes stone, sometimes blade, Urfi has done something this time, which is very shocking. This time in the photoshoot that Urfi has done, she is seen pasting silver Barak on herself. While sharing this photo, Urfi writes in the caption 'Illuminating ... used silver work for this'.

One user wrote 'Make a dress for money'. Apart from this, many such comments will be seen on this post of his. Let us tell you that Urfi Javed has to bear a lot about his strange style and statements. Shortly before, a person had threatened Urfi Javed with death, after which the actress had complained against the person, after which the police arrested the person.

Crores will be earned from the rubble of Twin Tower, know how much it cost to de...

'Double XL' teaser released: Sonakshi and Huma gave a b...

Famous actress Tabassum dies at the age of 78, wave of ...