Heroin worth 190 crores was caught in Punjab, then Kejriwal took a jibe at Gujarat

The Punjab Police on Sunday seized 38 kg of heroin hidden in the toolbox of a truck coming from Gujarat. Arvind Kejriwal has taken a jibe at the drugs brought to Punjab after being smuggled from Gujarat. He has asked who is bringing drugs on such a large scale in Gujarat. Who is the owner of this business? 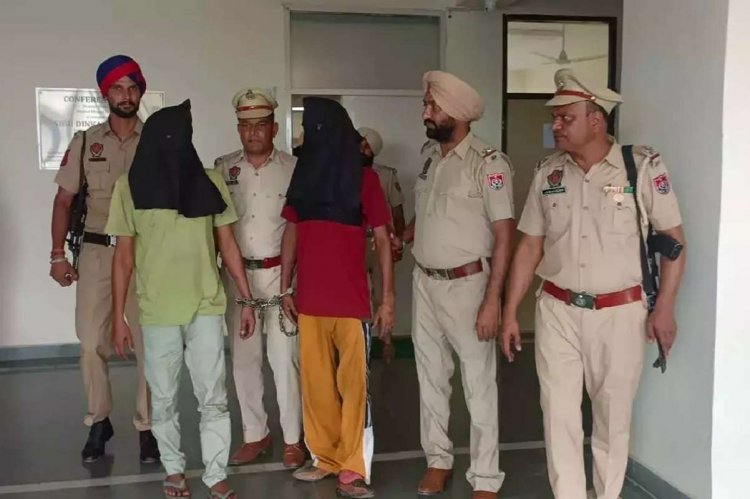 Police have got a big success in Nawanshahr of Punjab. The Punjab Police on Sunday seized 38 kg of heroin hidden in the toolbox of a truck coming from Gujarat. The police also told that the heroin that has been recovered is worth Rs 190 crore in the international market. Central Intelligence Agency (CIA) staff Nawanshahr Police has arrested two people from the spot along with heroin. In this case, the police have arrested the truck driver Kulwinder Ram alias Kinda and Bittu, residents of Balachaur in Nawanshahr. The police claim that they are members of an international racket, which used to supply drugs to Punjab. At the same time, Delhi Chief Minister and Aam Aadmi Party convener Arvind Kejriwal have targeted the BJP regarding this matter.

After the incident came to light, Delhi CM Arvind Kejriwal attacked while retweeting the tweet of the DGP of Punjab. Arvind Kejriwal has tweeted tauntingly about the drugs brought to Punjab after being smuggled from Gujarat. He tweeted and wrote, "Who is bringing drugs to Gujarat on such a large scale? Who is the owner of this business? Imagine how many days you must be going out without being caught. Is the drug business on such a large scale possible without the connivance of top people? Is it? You are pushing the youth of the country into darkness."

A police officer said that the truck driver and his accomplice tried to escape, but the police caught them. Apart from these accused, drug smugglers Rajesh Kumar alias Sonu Khatri and Somnath alias Bikku have also been named them. Punjab Police said that foreign-based gangster Sonu Khatri is the main culprit. The arrested criminals were called from the Telegram app and told the place to pick up heroin. Police said that this racket is very clever. He used to bring the consignment of drugs hidden so that the police could not even notice.

The arrested truck driver and his accomplice have been arrested by the police and are interrogating them. During interrogation, the accused came to know that they are bringing this heroin from Gujarat, they were given the task of this work by a person named Rajesh. DGP Gaurav Yadav told that Rajesh Kumar alias Sonu Khatri is a professional criminal. He is sitting abroad. He has 19 criminal cases registered against him. Those who have been registered in serious cases like murder, fraud, and drug smuggling. At the same time, Kinda has also been imprisoned for 10 years under the NDPS Act.

DGP Gaurav Yadav told that the police had got secret information. It was found that drug smuggler Rajesh Sonu along with his associates Somnath Bikku, Kulwinder Kinda and Bittu indulges in heroin smuggling. He brings heroin from outside in a truck and supplies it to Punjab. Police have registered a case against the above four accused and started further action. According to the police, Rajesh and Somnath have not been arrested yet, they are being traced.

Whatever you have learned, give it back to the society...