Cricket and Bollywood, have always had a special relationship. Often cricketers and people associated with Bollywood are linked together. 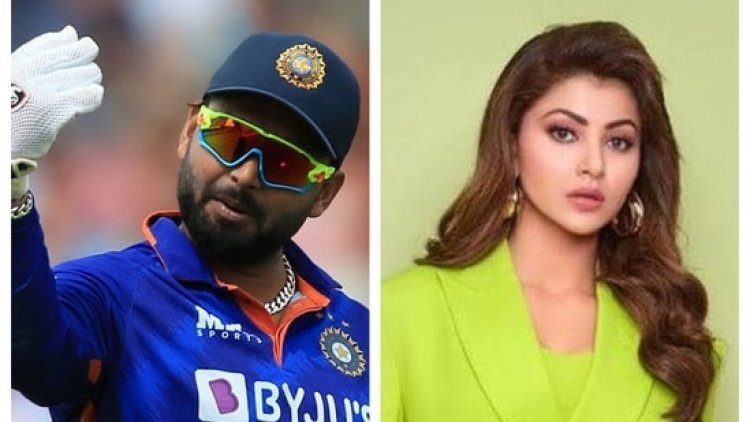 Cricket and Bollywood, have always had a special relationship. Often cricketers and people associated with Bollywood are linked together. Many hit pairs have also been seen in this episode. For example, couples like Virat Kohli-Anushka Sharma, Zaheer Khan-Sagarika Ghatke, and Yuvraj Singh-Hazel Keech are involved, but for the past few years, Bollywood actresses Urvashi Rautela and Rishabh Pant have often been in the news. Although both have not said anything officially till now, their names are once again in the news.

Actually, a recent interview of Bollywood actress Urvashi Rautela is becoming quite viral, because in this interview she said something that fans are connecting with Indian wicket-keeper batsman Rishabh Pant. The Bollywood actress mentioned the word 'Mr. RP' in her interview, now fans are watching it from Rishabh Pant's angle. Not only this, but a screenshot is becoming increasingly viral on social media, along with it being claimed that Rishabh Pant has replied to Urvashi Rautela's tweet. Urvashi Rautela said that when she went to shoot Varanis, 'Mr. RP' came to meet her. He was waiting for me in the lobby, but I fell asleep, and could not meet him, then later I saw that there were 17 miscalls on my phone. After which I said that we will definitely meet after you come to Mumbai. We met after coming to Mumbai, but by then a lot of talks had come in the media.

'Follow me, sister, even a lie has a limit

At the same time, the fans say that Rishabh Pant had put up a story, in which all the things were said, but now that story has been removed. 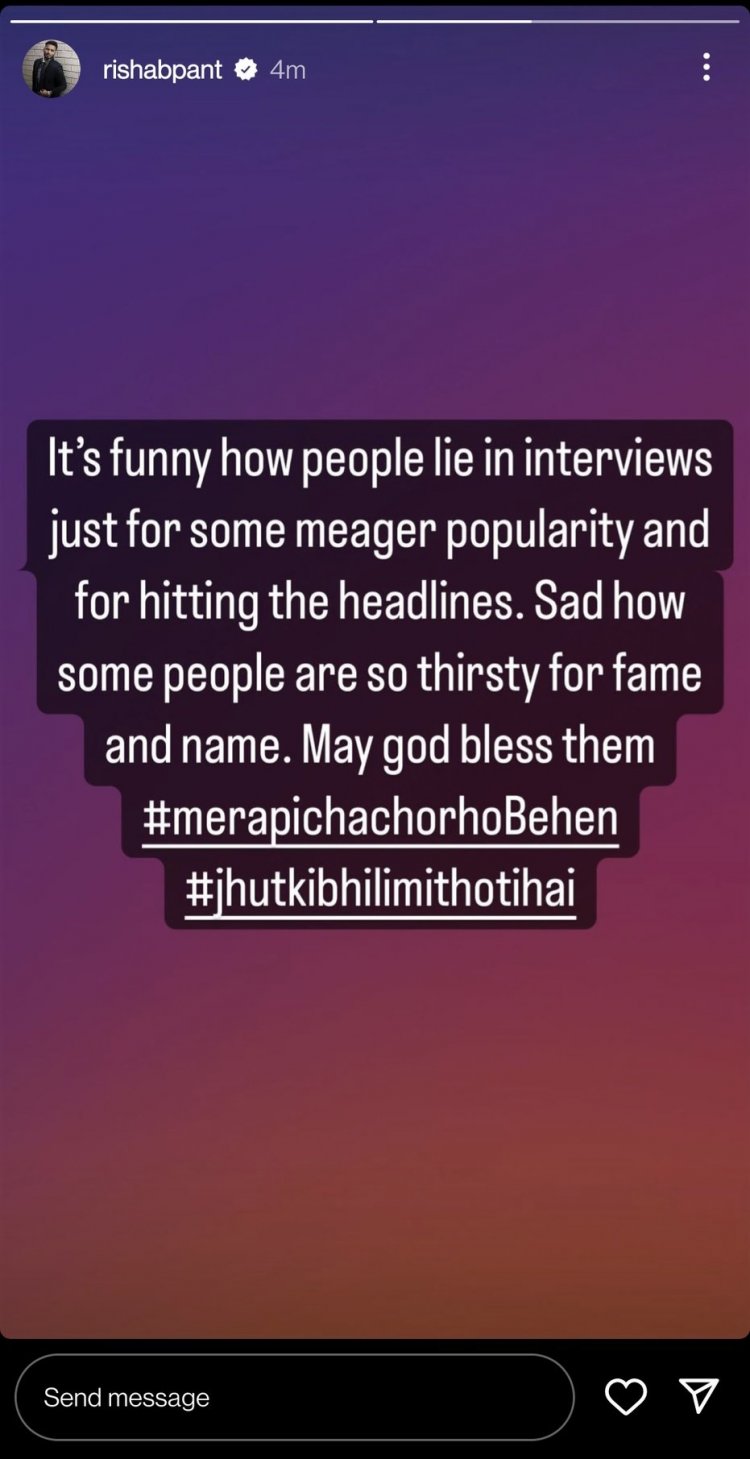 Actually, according to the fans, Rishabh Pant wrote in his story that just for the sake of fun some people give lie in the interview so that they can stay in the news. He further wrote that it is sad to see how hungry people are for fame. Indian wicket-keeper batsman Rishabh Pant further wrote follow me, sister, even a lie has a limit.

Another Bihari labourer was killed in Kashmir, and terrorists shot at Mohammad A...

3 players selected for ICC Player of the Month, not a s...

Shubman Gill will open with Rohit Sharma in World Cup 2...

Virat Kohli's big statement before Asia Cup said this b...