A horrific road accident occurred on the Mumbai-Pune Expressway. Former MLA Vinayak Mete has died in this road accident. After the death of Mete, other leaders including CM CM Eknath Shinde, and NCP Chief Sharad Pawar have expressed grief. 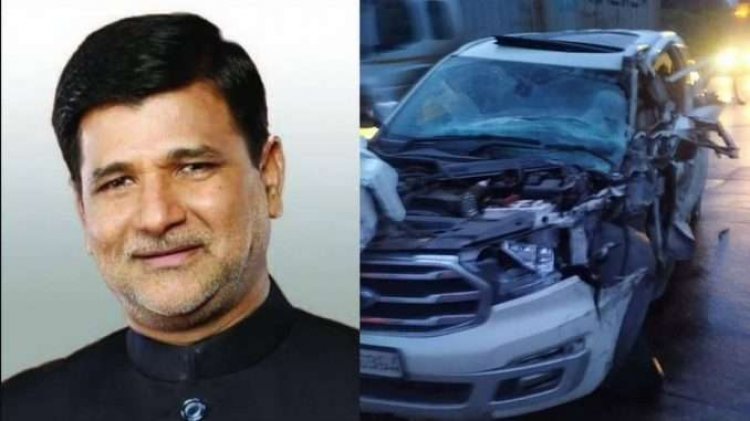 A horrific road accident has been reported on the Mumbai-Pune Expressway in Maharashtra. Former MLA Vinayak Mete has died in this accident. How horrific the accident was, you can guess from the fact that the SUV car got blown up. Mete was also the leader of the Shiv Sangram Party. After his death, Maharashtra CM Eknath Shinde, NCP Chief Sharad Pawar, BJP leader Vinod Tawde, Nationalist Congress Party MP Supriya Sule, and Congress MLA Zeeshan Siddiqui have expressed grief.
Vinayak Mete's car met with an accident on the Mumbai-Pune Expressway. He was a big face of the Maratha movement. CM Eknath Shinde has condoled his death. He tweeted that Shiv Sangram Party founder, president, and former MLA Vinayak Mete has died in an accident. With his death, a loud voice has been lost in Maharashtra for Shiv Smarak, the Maratha reservation and other issues. May God rest his soul. Heartfelt tribute!
Sharad Pawar said that NCP leader Sharad Pawar has said that the news of Vinay Mete's death is shocking. Vinayak Mete has done valuable work in Maharashtra for many years. He did remarkable work for the Maratha community. Sharad Pawar has said that he used to frame the social issue very correctly.
Vinod Tawde said that this is very shocking news. With the coming of the BJP government in the state, a meeting was also held in Delhi regarding how to fulfill the demands of the Maratha community. Vinayak Mete was a very close friend of mine. We have worked together and have always seen his unparalleled passion for society.
Tawde said that it was never thought that they would suddenly leave like this. Even today, he met with an accident while coming to Mumbai for the meeting of the Maratha Coordination Committee. At the same time, according to the police, this road accident happened at around 5 am today.
According to the information, the road accident happened near Mandap Tunnel in Rasayani police station area. It is being told that Mete was in the car with his driver and another person. All of them were going from Pune to Mumbai. During this time this accident happened. A vehicle has hit Mete's car. After which others including Mete were injured. All were immediately taken to a private hospital in Navi Mumbai for treatment but Vinayak Mete has declared brought dead by the doctors.

4.90 Crore Voters Will Be Able To Cast Votes In Gujarat...