As India celebrates the Amrit Mahotsav of Independence, 75 years of independence, a heartbreaking case of casteist persecution has come to the fore from Rajasthan. In a Jalore school, a teacher in Class III thrashed a Dalit student without any reason due to casteist prejudice to such an extent that he died. The case is being told of a private school in Jalore. 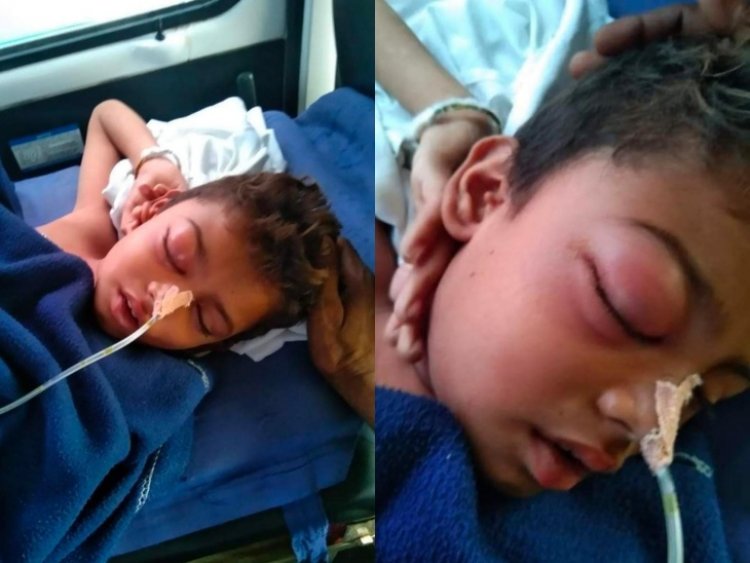 In the complaint given to the police, the father of the deceased child, Devaram, said that on July 20, the child touched a pot of water, which enraged his teacher, Chhail Singh, who beat him so badly that his condition became critical. . Jalore SP Harshvardhan Agarwal told Rajasthan Patrika that an FIR has been lodged in the matter on August 13. Aggarwal said that a case has been registered against the teacher under both the murder and the SC Act.

The father has alleged that "My son was beaten up in the school in the name of casteism. After the beating his health started deteriorating, so we took him to Jalore District Hospital. From there he was referred to Udaipur. There his health improved. No, we took him to Ahmedabad after a few days. He died during treatment on Saturday afternoon." It is alleged that teacher Chhail Singh was angry with the child for touching the pot of water. Jalore SP Harshvardhan Aggarwal told the magazine that the parents of the child had earlier given information over the phone, but had gone out for treatment. So the FIR has been registered on 13th August only. Aggarwal told that this incident of thrashing the teacher took place inside the school itself.
In the preliminary report, it has been found that the ear vein of the child had burst during the beating. The incident took place in Surana village of Jalore district. Soon after the death of the child, the police took the accused teacher Chail Singh into custody. The child was studying in Saraswati Vidya Mandir. An inquiry committee has been constituted by the Chief Block Education Officer to investigate the matter. Jalore SP Harshvardhan Agarwal said a case has been registered under IPC and relevant sections of the SC and ST (Prevention of Atrocities) Act.

Due to the death of a Dalit student, there is tension in Jalore and internet service has been stopped for 24 hours. SP Harshvardhan Aggarwal has confirmed the shutdown of internet services in a conversation with the magazine. At the same time, the Rajasthan government has also talked about providing financial assistance to the victim's family.

In this matter, Rajasthan Chief Minister Ashok Gehlot has tweeted and said – The death of a student due to assault by a teacher in a private school in Sayla police station area of ​​Jalore is sad. A case has been registered against the accused teacher for murder and under sections of the SC/ST Act, an arrest has been made. For speedy investigation of the case and speedy punishment to the guilty, this case has been taken up under the Case Officer Scheme. Justice will be ensured to the victim's family at the earliest.

But this matter does not seem to be resolved so soon. Actually, this matter is so big that even one financial aid is not going to calm it down. The era of rhetoric has already started in political circles. Dalit leader and Bhim Army chief Chandrashekhar Azad alias Ravana has tweeted about this and said – The country is celebrating the nectar festival of freedom. On the other hand, on touching the pot of water, he was beaten so much that he lost his life. Even after 75 years of independence, a 9-year-old Dalit child had to be a victim of casteism in Jalore. We do not even have the freedom to touch the pot of water, then why are we beating the false slogan of freedom?

At the same time, BJP has also become active in this matter. Rajasthan State President Satish Poonia has tweeted about the matter and questioned the governance system in Rajasthan. Poonia has written - What was the mistake of Indra Meghwal, a nine-year-old student of Surana, Jalore, that he was beaten to death by inflicting deep wounds on him? Who is responsible for this? Chief Minister, a student of a deprived class is not safe in your rule.