Harish Chowdhary, who came to Barmer, taunted the warning of National Organization General Secretary KC Venugopal and disclosed Hemaram Chowdhary's intention to resign in a program organized at the Town Hall of Barmer. 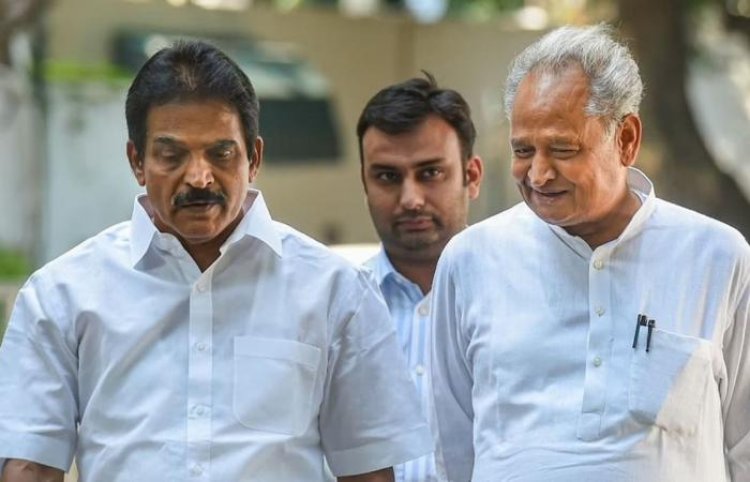 Harish Chowdhary, who came to Barmer for the first time on Wednesday after the decision to end the OBC reservation discrepancy, in a program organized at the Town Hall in Barmer, taunted the warning of National Organization General Secretary KC Venugopal and expressed the intention of Hemaram Chowdhary to resign. disclosed. He said that Minister Hemaram Chowdhary had told me that if there is a decision on my resignation regarding the OBC reservation, I should leave the post. But I refused while urging him. Told him that he is needed in the cabinet. Harish also mentioned the famous lines in the program 'I have seen the graves of those people in the cemetery, who did not struggle so that they would not be killed'. Which is seen as sarcasm in political circles.

The party's National General Secretary KC Venugopal spoke to Chief Minister Ashok Gehlot and former Deputy Chief Minister Sachin Pilot alone for 15-20 minutes on Tuesday, it is believed that the high command gave a message to both of them through Venugopal that the party will no longer tolerate indiscipline. . Venugopal not only reprimanded the two ministers for making statements in the media but also lashed out at Congress in-charge of Punjab Harish Chowdhary in the packed meeting. Seeing Venugopal's attitude, silence spread in the meeting. Venugopal reached the secretariat from the airport on Tuesday. There he attended a meeting. After this, he reached the war room. Where all 43 members of the committee including Gehlot and Pilot were present. Without naming the two ministers, Venugopal expressed displeasure over the fact that they unnecessarily keep giving bytes to the media.

Baytu MLA Harish Chowdhary said that if someone has something in mind, he will definitely say it. Venugopal was uprooted on this. He said, if you have something in your mind then speak. Chaudhary said that I have a lot on my mind, but I will speak after the visit is over. Hearing this, Venugopal got furious. He said... what do you mean...? You are a CWC member, you are in charge of the Punjab Congress. How can you say this? (You are a member of the CWC, and you are the Congress in charge of Punjab. How can you say such a thing despite being so senior?) Sensing Venugopal's tone, Choudhary and other leaders too fell silent. Venugopal gave clear instructions that all the leaders should remain under the discipline of the party, if anyone messed up, then he should be ready for action. One has to be disciplined during the journey. Sustain it even after the yatra, so that the party wins in the next assembly elections.

India beat Australia after six years and 13 matches, winning 4-3 in a thrilling ...

PMO team inspected Joshimath, hearing will be held in S...

Rain and cold wave increased chill, rain alert in these...