Gujarat gets a big project again, Tata and Airbus will invest 22 thousand crores

Tata and Airbus have announced to invest of Rs 22,000 crore in Prime Minister Modi's home state. The Airbus C295 military transport aircraft for the Indian Air Force will be manufactured by Tata Advanced Systems Limited (TASL) in Vadodara, Gujarat. 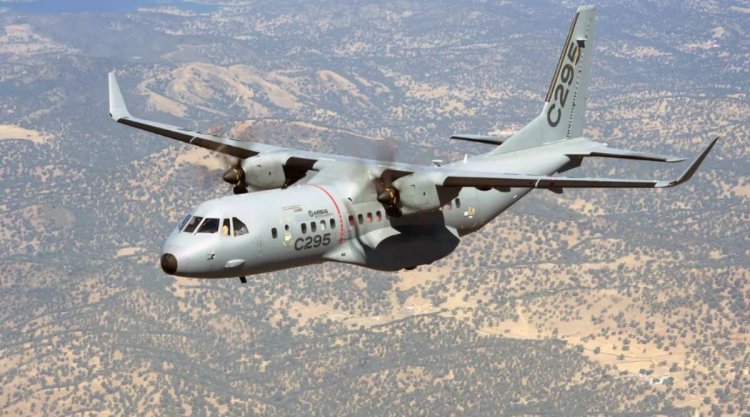 Gujarat has got another big gift before the assembly elections. A manufacturing plant for the production of Airbus C-295 transport aircraft will be set up in Vadodara. Gujarat has again got a big project after a huge investment from Vedanta-Foxconn Group. Tata and Airbus have announced an investment of Rs 22,000 crore in the state. Officials said the foundation-laying ceremony of the facility's establishment will take place on October 30 and will be attended by Prime Minister Narendra Modi. Through this, along with the export of aircraft, it will fulfill additional orders by the Indian Air Force.

India is going to take a big leap towards self-reliant India and Make in India. Defense Secretary Ajay Kumar said that for the first time the C-295 aircraft will be manufactured outside Europe. In September last year, India signed an agreement worth around Rs 21,000 crore with Airbus Defense and Space for the purchase of 56 C-295 transport aircraft to replace the old Avro-748 aircraft of the IAF.

Tata and Airbus have announced to invest of Rs 22,000 crore in Prime Minister Modi's home state. Tata and Airbus will build transport aircraft for the military here. This is very important for the domestic aerospace sector. The total cost of the project is Rs 21,935 crore. PM will inaugurate this plant in Vadodara on Sunday. Elections are going to be held soon in Gujarat. The government is also promising thousands of jobs for this project.

According to an official statement, the first 16 fly-away aircraft are due to be received between September 2023 and August 2025. The first Made in India aircraft is expected to arrive in September 2026. Defence ministry officials said 96% of the work Airbus does at its facility in Spain will be done at the Indian facility. Officials said the aircraft will have the highest indigenous material. The aircraft manufactured in India will be supplied from 2026 to 2031.

The engines, landing gear and avionics will be provided by Airbus Defense and Space and will be integrated into the aircraft by the Tata consortium. All 56 aircraft will be equipped with an indigenous electronic warfare suite to be developed by Bharat Electronics Limited and Bharat Dynamics Limited.

After the delivery of 56 aircraft to the IAF is completed, Airbus Defense and Space will be allowed to sell the manufactured-in-India aircraft to civil operators and export them to countries that have been approved by the Government of India. The Defense Ministry said that over 13,400 detail parts, 4,600 sub-assemblies and all seven major component assemblies will be manufactured in India.

The Tata consortium has identified over 125 in-country MSME suppliers spread across seven states. The deal is expected to create 600 highly skilled jobs directly, over 3,000 indirect jobs and an additional 3,000 medium-skill jobs with work in the aerospace and defence sectors. About 240 engineers will be trained for the project at an Airbus facility in Spain.

Dog-cat will not be able to keep without a license in Haryana! Violation may res...

Kantara the first Kannada film to premiere in Vietnam, the film will join the cl...

After JNU, controversy over BBC documentary in Jamia, 4...

Amit Shah Will Preside Over High-level Meeting On Drug ...

The Central Government Fired A Sword At Chinese Apps! 3...