Ali Fazal And Richa Chadha Will Host A Grand Reception In Mumbai After Their Wedding! I Will Take Seven Rounds In September

Bollywood stars Ali Fazal and Richa Chadha were supposed to tie the knot in 2021 but postponed their wedding due to the coronavirus pandemic. Now, this couple is going to get married in September 2022. They will host a reception in Mumbai after the wedding with around 400 guests. 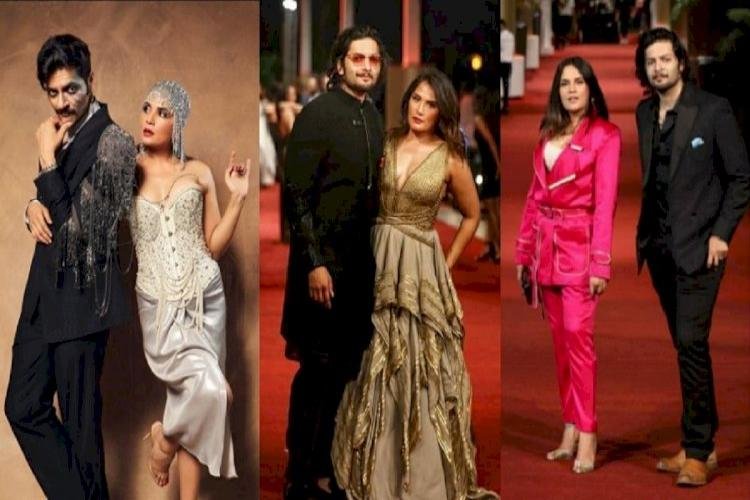 Entertainment,Mumbai: Bollywood stars Ali Fazal and Richa Chadha were supposed to tie the knot in 2021 but postponed their wedding due to the coronavirus pandemic. Now, this couple is going to get married in September 2022. They will host a reception in Mumbai after the wedding with around 400 guests.

Ali Fazal and Richa Chadha are dating each other for a long time. Both Ali Fazal and Richa Chadha were busy shooting for their upcoming films, so wedding planning could have messed up the schedule both. Both had also got a great wedding photoshoot done together, after which it was said that both of them would soon get married, but after almost 8 years of relationship, it is believed that both of them have made up their mind to get married. have taken. They have also completed the shooting of their upcoming project to a great extent, so both are planning to get married in September 2022.

Earlier in an exclusive conversation, Ali Fazal talked about the date of marriage. Talking about the delay, he said, "The moment everything opened up we rushed to our work and completed all our prior commitments." Revealing a possible future wedding date, he said, “In January and February 2022, we will have a great celebration with friends and family. There will be a celebration. I don't know what the magnitude of this is given the Covid-19 protocol and rules. But there will be celebrations."

The pair made their relationship official at the world premiere of Ali Fazal's Hollywood film 'Victoria & Abdul in Venice. Richa and Ali were clicked by the paparazzi as they walked hand in hand on the red carpet. On the work front, Ali was last seen in 'Death on the Nile' starring Gal Gadot, Tom Bateman, and others. The film was released in February 2022. On the other hand, Richa will be reprising her role of Bholi Punjaban in 'Fukrey 3'.

Richa Chadha is in line with Fukrey 3 and now the party has started. She is also producing Girls Will Be Girls with Ali Fazal. Ali Fazal will also share screen space with Richa in Fukrey 3. Ali was last seen in the Hollywood film Death on the Nile. The mystery thriller also starred Gal Gadot, Annette Bening, Russell Brand, Don French, and Armie Hammer.

Rishabh furious at Urvashi for 'Quit me sister'; The ac...

Good News! Alia Bhatt gave birth to a daughter in the K...