Ranveer Singh on Alia-Ranbir's wedding: 'He saved a lot of money on food'

Recently, Ranvi Singh said such a thing about the marriage of Ranbir Kapoor and Alia Bhatt, after hearing which both the stars themselves will be surprised. 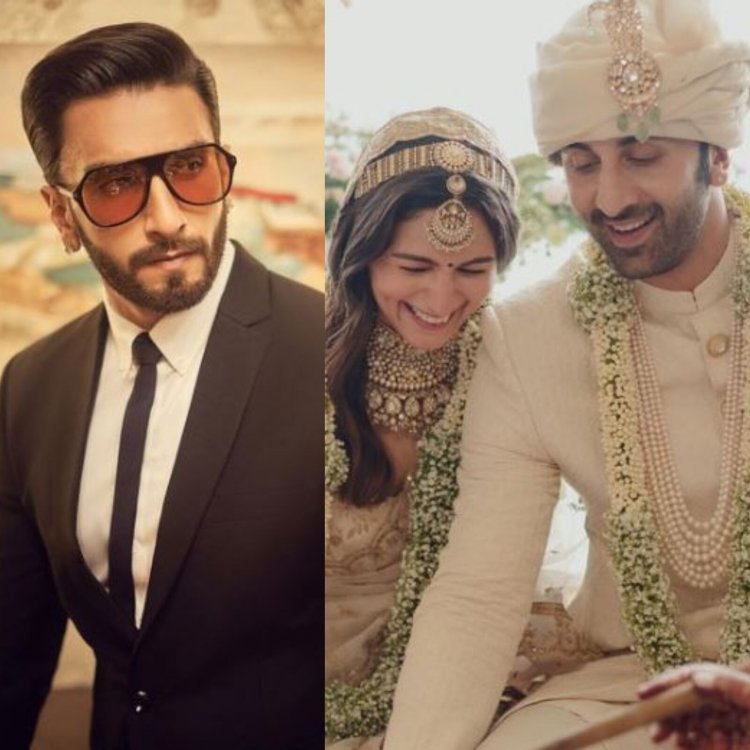 Bollywood actor Ranveer Singh hosted the Filmfare Awards 2022 on Tuesday night. He was also awarded the Best Actor Award for the film '83'. Many small to big Bollywood celebs attended this award function. Also won the hearts of the people with his performance. During this, Ranveer also gave his stellar performance along with hosting the event. He danced to the song Khalibali from his film 'Padmavat'. Apart from this, Ranveer Singh also had a lot of fun on stage and with the stars while hosting the event.

Ranveer said that 'Alia-Ranbir's marriage was the best. Small intimate function. He saved a lot of money on food. My Sindhi dad is also very happy with his marriage'. On the other hand, if we talk about this event, many big actors like Vicky Kaushal, and Varun Dhawan attended it. Artists like Kriti Sanon, Vicky Kaushal, Vidya Balan and Vishnu Vardhan were honoured with the award.

On the other hand, if we talk about Ranveer Singh's work front, he will soon be seen in Karan Johar's film 'Rocky Aur Rani Ki Love Story' with actress Alia Bhatt, who is going to be a mother. He will be seen in films like 'Takht', 'Baiju Bawra' and 'Circus'. Ranveer was last seen in 'Jayeshbhai Jordaar', which did not do well at the box office.

Apart from this, Alia and Ranbir will soon be seen together for the first time in the film 'Brahmastra'. This film is going to release in theatres next month. Apart from Alia-Ranbir, Amitabh Bachchan, Mouni Roy and Nagarjuna will be seen playing important roles in this film. Shahrukh Khan also has a cameo in the film. The songs and trailer of the film were well received.

‘Lakiro’ to be the First Gujarati Film to Launch NF...

Sheezan Khan did not get bail, the court sent him to ju...

Kartik Aaryan disclosed the fees of his film 'Dhamaka',...

Raju Swami is an emerging young singer of Rajasthan fol...