Launch of the most powerful rocket in American history postponed, due to which NASA's Artemis-1 mission was postponed

NASA Artemis 1: The launch of NASA's ambitious new Moon rocket (Artemis 1) was postponed Monday morning after a fuel leak and potential cracks were detected during final preparations for the launch. 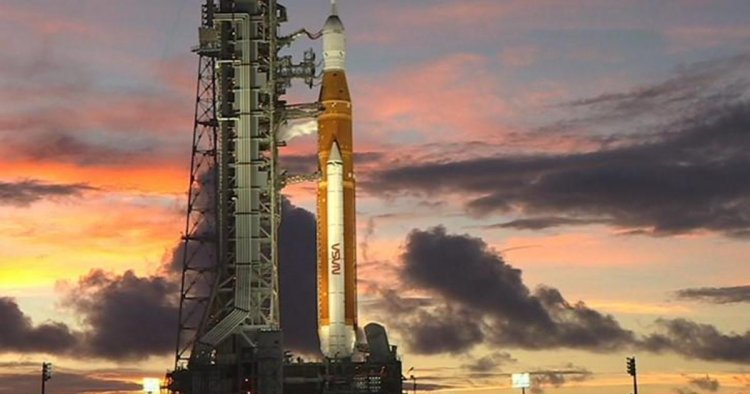 The launch of NASA's ambitious new Moon rocket (Artemis 1) was postponed Monday morning after a fuel leak and potential cracks were detected during final preparations for the launch. NASA repeatedly stopped and started the process of filling about one million gallons of hydrogen and oxygen into the Space Launch System rocket due to a leak. A typhoon near the Florida Kennedy Space Center delayed the refuelling process by about an hour. The leak appeared at the same place where the seepage had previously appeared during dress rehearsals.

NASA officials said that later a crack or some other defect appeared in a significant part of Artemis-1. Engineers have started studying it. As per the schedule, the Artemis-1 rocket was to fly on a mission to put a capsule with the crew in orbit around the Moon. The launch marks a significant milestone in America's effort to land astronauts on the Moon's surface for the first time since the end of the Apollo program 50 years ago. NASA has currently postponed this mission for some time. The world's most powerful and largest rocket is stationed at Launch Pad 39B at Kennedy Space Center in Florida, but its countdown has been stopped for the time being.

NASA's Artemis 1 is a very important mission of the American space agency NASA. NASA is sending the Orion spaceship through the Space Launch System rocket to come back after circling around the moon. After this mission, NASA is preparing to send the next part of the Artemis mission to land humans on the surface of the Moon in the year 2025. But for the time being Artemis-1 has been postponed due to a technical flaw. The launch window of the Artemis 1 mission was between 6.30 pm and 8:30 pm (US time zone) on August 29, 2022. It is known that super-cold hydrogen and oxygen are filled as fuel in the rocket.