Telangana Chief Minister will go to Bihar, will brainstorm on opposition unity with CM Nitish Kumar

Telangana Chief Minister K Chandrashekhar Rao will be on a tour of Bihar on August 31. The CM will provide financial assistance to the families of Indian soldiers martyred in Galwan Valley and 12 workers of Bihar who died in a recent accident. After this, he will discuss national politics with CM Nitish Kumar during lunch. 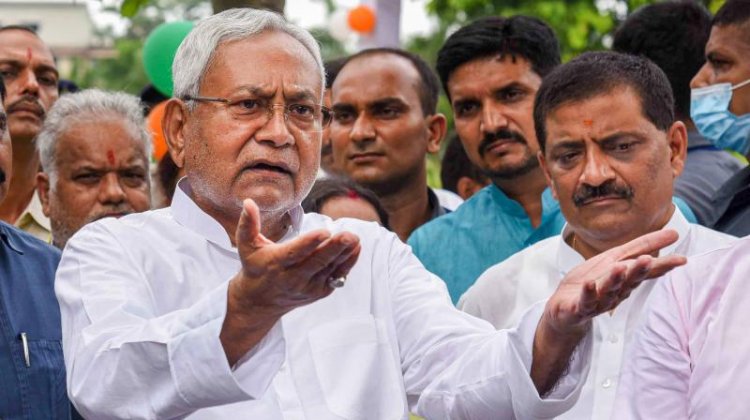 After the formation of the Grand Alliance government in Bihar, the talk of opposition unity at the national level started. In view of the upcoming Lok Sabha elections 2024, the exercise of encircling Prime Minister Narendra Modi and the Bharatiya Janata Party is intensifying among the opposition parties. Meanwhile, Telangana Chief Minister K Chandrasekhar Rao, who is constantly striving to bring the strong opposition of the central government on one platform, will visit Patna, the capital of Bihar, on Wednesday, August 31. During this, he will meet Bihar Chief Minister Nitish Kumar. Along with this, he will also provide financial assistance to the families of Indian soldiers martyred in the Galwan Valley and the workers of Bihar who died in a recent accident in the state.

Of. Chandrashekhar Rao is on a mission to unite opposition parties across the country against the ruling Bharatiya Janata Party. He has also visited states with non-BJP governments several times. KCR is engaged in an effort to bring together opposition parties for a non-BJP, non-Congress alliance in the next Lok Sabha elections. Addressing a public meeting on Monday, KCR had fiercely targeted the NDA government at the Center. During this, he took a pledge that in 2024, BJP will make the country a free India.

Taunting PM Modi as a breakup PM, K. Chandrashekhar Rao said that the central government tells a clear lie. Injustice is being done continuously with non-BJP-ruled states. There is a refusal to give a budget and the slogan of development is being beaten. In 2024, the BJP should be ready to make a free India. We should go ahead with the slogan of BJP Mukt Bharat. We cannot save this country without replacing the central government. If BJP remains in power then there is no scope for the survival of this country, the country will be completely ruined.

As part of the Bihar tour, CM KCR will leave for Patna from Hyderabad on Wednesday morning. He will provide financial assistance to the families of soldiers martyred in the Galwan Valley on the Indo-China border and provide financial assistance to the families of 12 Bihar workers killed in the recent accident in Bihar. CM Nitish Kumar will also be present with him while distributing the check.

Before his visit to Bihar, KCR had also met Jharkhand CM Hemant Soren in March last and handed over a check of Rs 10 lakh each to the kin of two Jharkhand military martyrs killed in clashes with Chinese soldiers in Galwan Valley. Actually, CM KCR had announced financial assistance to the families of all the 19 soldiers who were martyred in the Galwan Valley conflict in the year 2020.

Telangana CM will attend the lunch program on the invitation of Chief Minister Nitish Kumar after providing financial assistance to the families of soldiers and workers. Both the chief ministers will discuss national politics on this occasion. During this, we can discuss strategies for the 2024 Lok Sabha elections. In fact, in the year 2023, assembly elections are to be held in Telangana and Lok Sabha elections will be held in 2024. In such a situation, this meeting between K Chandrashekhar Rao and Nitish Kumar is being considered very special.

Center's big action regarding lapse in security of NSA...