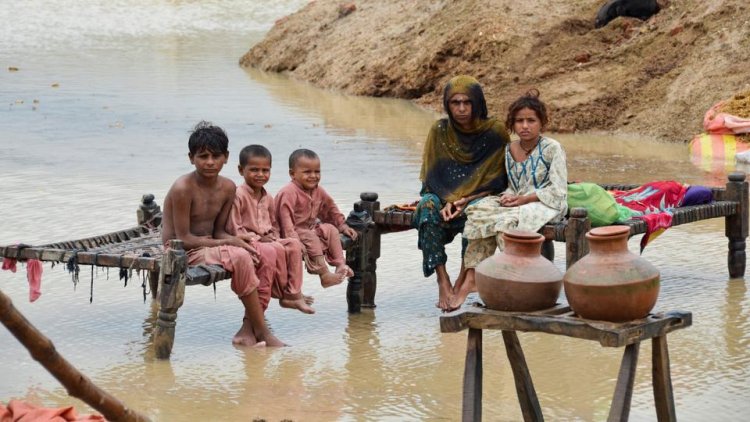 Pakistan's Prime Minister Shahbaz Sharif-led government has appealed for assistance to deal with the crisis. About 3 crores 30 lakh population of the country has been displaced by the floods. Modi tweeted, "Saddened to see the devastation caused by the floods in Pakistan. We express our heartfelt condolences to the families of the victims, injured and all those affected by this natural calamity and hope to restore normalcy soon." "

Pakistan's climate change minister Sherry Rehman has said that a third of the country has been submerged. Rahman called it the "Monster Mansoon of the Decade".
According to the latest information, at least 1150 people have died and more than 2000 have been injured due to floods in Pakistan. Pakistan's Finance Minister Miftah Ismail said the floods had dealt a $10 billion blow to the economy. The National Disaster Management Authority reported that around 992,871 houses were completely or partially damaged.

In view of the floods in Pakistan, the Queen of Britain and the Prince and President of Saudi Arabia, the heads of state of many countries have also expressed their condolences.

President Vladimir Putin Made A Big Announcement Amid The...