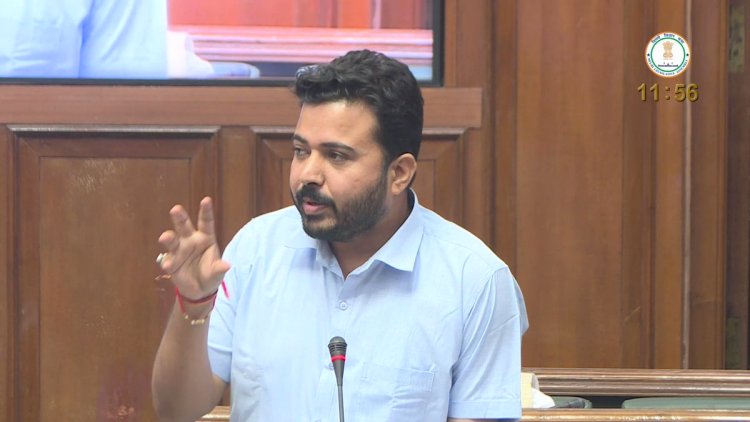 The political mercury is very hot these days in the national capital of the country, Delhi. The ruling party and the opposition i.e. Aam Aadmi Party and Bharatiya Janata Party are face to face regarding the excise policy brought by the Aam Aadmi Party. Meanwhile, Chief Minister Arvind Kejriwal called a special session of the assembly and presented a trust vote for his government. Earlier, while attacking the BJP government at the Center, he said that BJP's 'Operation Lotus' has failed in Delhi. Along with this, he said that the Prime Minister does not forgive student loans, a middle-class man bought a car by taking a loan and if he is not able to pay one installment, then confiscate his car, confiscate the house but millions of crores of his friends. Forgive Rs.

On the other hand, Chief Minister Kejriwal said that when the British made our country a slave, they used to commit atrocities through rent. The BJP government is also doing similar work, through taxes, recovery is being done from the general public and atrocities are also being done on them.

MLA Durgesh Pathak said that the investigation of this corruption was covered up. He said that I thank the two Cassiers while saluting Sanjeev Kumar and Pradeep Yadav. These people exposed this scam by playing on their lives. After this, Durgesh Pathak, while reading the statement of Cassier Sanjeev Kumar, said that there was a process of changing old notes in the Khadi village industry. MLA Durgesh Pathak said that this is a corruption of more than 1400 crores. Both the Cassiers complained in every forum, after which the investigation took place and both these Cassiers were suspended.