Mrunal Thakur Started With TV's Popular Show 'Kumkum Bhagya', Got Entry Into Bollywood Like This

Actress Mrunal Thakur, who stepped into films from the serial world, has touched heights in her film career in a very short time. This actress, who came to Lime Light from South Cinema, has spread her tremendous fire in Bollywood as well. 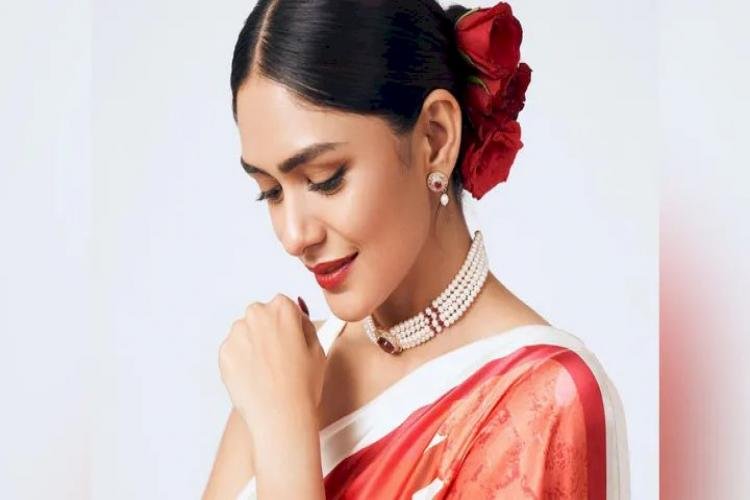 Actress Mrunal Thakur, who stepped into films from the serial world, has touched heights in her film career in a very short time. This actress, who came to Lime Light from South Cinema, has spread her tremendous fire in Bollywood as well. Mrinal is included in the list of big actresses of Hindi cinema and her beautiful works beat crores of hearts. Today the actress is celebrating her birthday. On this special occasion, we will introduce you to some such secrets related to Mrinal's life, which may be unknown to his fans.

Actress Mrunal Thakur, who has captured millions of hearts with her strong acting, is celebrating her 30th birthday today. Born on August 1, 1992, Mrinal was born in Maharashtra. The actress has also completed her studies in Mumbai itself. After schooling, when he took his step towards college, Mrinal chose the city of Mumbai.

Few people would probably be aware that Mrunal Thakur started learning acting in his college days. This clearly shows that the actress was very interested in the art of acting since childhood. Perhaps even after this, only a few people would know that Mrinal started his career with the serial. Her first TV show was Star Plus serial 'Mujhse Kuch Kehte... Ye Khamoshiyan'. This show was telecast in the year 2012-13 and was quite popular among the people.

The actress was seen in this famous serial
Not only this, Mrunal Thakur became famous among the people after this with the people's favorite show Kumkum Bhagya. Kumkum Bhagya was one of the favorite shows of every household, after which people started getting to know Mrinal. In this show, Mrinal shared the screen with Sriti Jha, Shabbir Ahluwalia, and Arjit Taneja. Not only this, but the actress has also appeared in Nach Baliye Season 7.

When did Mrunal Thakur's Bollywood journey begin?
Reports say that Mrunal Thakur started her film career with a Marathi film. After this, he also played a tremendous role in the Indo-American film Love Sonia. But, he did not get any special recognition for all this. A new turning point in the life of the actress came when she made her Bollywood debut opposite Hrithik Roshan in the film Super 30. In the film, Mrinal won the hearts of the audience so much that today she is counted among the biggest actresses in the Bollywood world. After this, Mrinal played the main character in blockbuster films like Batla House, Ghost Story, Toofan, and Jersey and garnered a tremendous fan following.