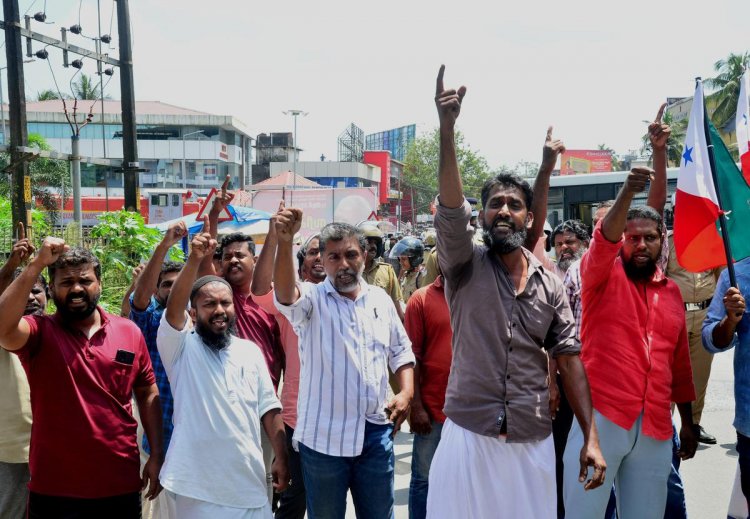 Action has been taken once again on the extremist Islamic organization Popular Front of India (PFI). For the second time, other agencies including the National Investigation Agency (NIA) have raided many locations of PFI across the country. It is being told that this is the raid of the second round. According to preliminary information, the investigating agencies have arrested many PFI members from different places. If sources are to be believed, raids have been conducted at PFI's bases in 8 states including Delhi's Shaheen Bagh. In Assam, at around 5 am today, the state police raided several locations of PFI. Police in Karnataka arrested the district's PFI president and SDPI secretary this morning.
According to sources, on the basis of inputs received from central agencies, State Police is conducting raids along with NIA-ED in 8 states including the capital of the country, Delhi, Uttar Pradesh, Madhya Pradesh, Maharashtra, Gujarat, Karnataka and Assam. It is being told that this is being told the raid of the second round.
NIA and ED had given inputs that PFI is preparing a plan for violent protests. After this action has been taken once again in all these states. Investigating agencies have arrested a total of 170 members during raids at more than 200 places in eight states. 12 people have been detained after raiding in many areas including Shaheen Bagh, Jamia. In this, 7 members have been arrested from Assam and 10 people.
Let us tell you that in the past, NIA and ED had raided PFI in 15 states of the country. Along with this, about 170 workers were arrested. The members of the PFI, arrested from Kerala on September 22, have been given in custody of the NIA by a special court in Kochi till September 30. The NIA had levelled serious allegations against the PFI and its arrested leaders. Various electronic devices including mobile phones and laptops were seized.
The report claimed that several prominent leaders were targeted by the PFI. In the past, the security agency had also made many big revelations regarding this. PFI through its leaders was working to create tension among the communities. The intention of this organization is to disturb peace and harmony. This is to spread hatred toward India and create a feeling of hatred against the power.

Arvind Kejriwal was going to have dinner at auto driver's...