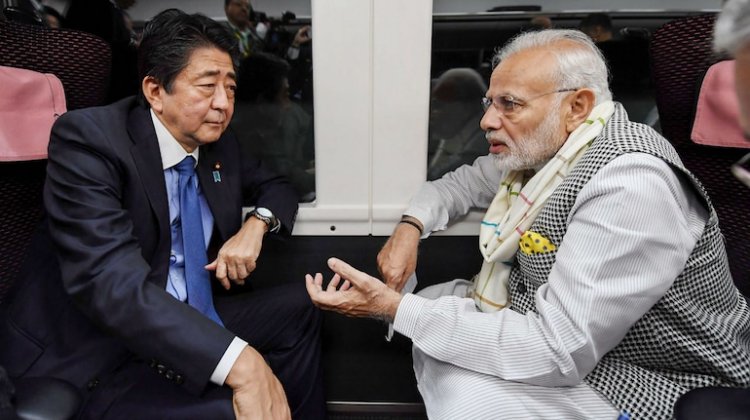 Earlier, PM Modi said in a tweet that I am going to Tokyo to attend the state funeral of former Prime Minister Shinzo Abe. Along with this, he described Abe as a dear friend and a great supporter of Indo-Japanese friendship. Modi will personally condole Mrs. Abe during the state funeral. PM Modi considered Shinzo Abe as his dear friend. He had several meetings with Prime Minister Abe while he was the then Chief Minister of Gujarat.

Prime Minister Modi said that he would meet Prime Minister Kishida and Mrs. Abe to express condolences on behalf of all Indians. He said that we will continue to work to further strengthen India-Japan relations in line with Abe's vision.

Elaborate security arrangements have been made in view of the state funeral of former Japanese Prime Minister Shinzo Abe in Tokyo on Tuesday. Many foreign celebrities, including Prime Minister Modi and US Vice President Kamala Harris, will attend Abe's funeral. It is being told that representatives of more than 100 countries, including more than 20 heads of state, will attend Shinzo Abe's state funeral.

Center's big action regarding lapse in security of NSA ...