Prime Minister Narendra Modi will inaugurate the Central Vista on Thursday at the C-Hexagon at India Gate. A large number of school children including other people will also participate in this program. This is the reason why the Delhi Traffic Police has diverted the traffic around this place. 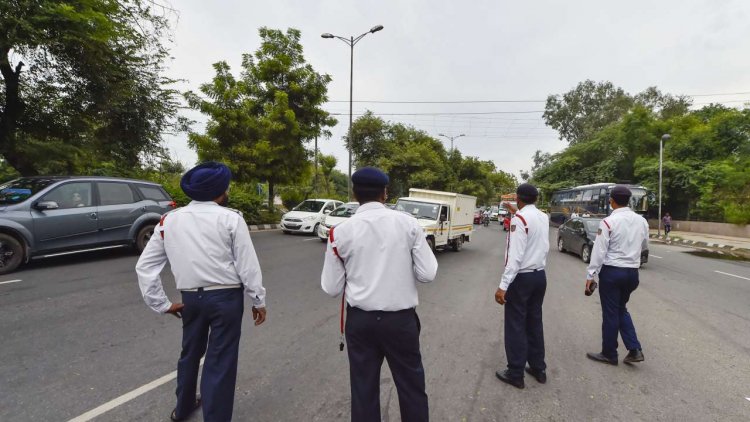 PM Narendra Modi will inaugurate the Dream Project Central Vista today. A large number of people are expected to attend this evening event. In such a situation, keeping in mind the program, the movement of general vehicles in the surrounding area will be restricted from 6 pm to 9 pm. Delhi Traffic Police has appealed to the people to avoid going around it on Thursday. A special advisory has also been issued by the traffic police regarding this. In which the traffic of the adjoining areas of India has been diverted.

In view of the opening ceremony of Central Vista in India Gate circle, many roads including Delhi High Court, and Patiala House Court will also remain closed on Thursday.

Traffic Police have said that there will be traffic diversion on many roads from 6 pm to 9 pm so that children and pedestrians are safe and traffic also moves smoothly in the New Delhi district.

People will also not be able to go from India Gate to Mansingh Road. A large number of VVIPs and dignitaries are expected to attend the event. After being closed for 20 months, this entire road will be opened to the general public from September 9.

In such a situation, Delhi Traffic Police has advised people to avoid going on these routes. The police say that unless it is absolutely necessary, do not travel on these routes in the evening.

In view of the Central Vista celebrations, changes have been made in the routes of DTC buses. In these, the traffic police have appealed to DTC, DIMTS and other public transport authorities to plan the journey.

DTC has been requested to provide Park and Ride facility from Bhairon Road, Rajghat, Connaught Place and Jawaharlal Nehru Stadium.

Pak and Afghan fans clashed after the match, kicked and punched each other, beat...

RPSC Paper Leak: For the first time bulldozers on the c...

Pakistan Zindabad slogans in support of PFI, Shajis to ...

Condition of Vande Bharat Express only six days after i...